The race kicked off in the culinary heartland of Italy, with a short 8km time trial from Bologna to Madonna di San Luca. Despite only being a fifteen-minute effort, the opening day would see significant time gaps open between the favourites with Primož Roglič, Simon Yates, Miguel Ángel López, Tom Dumoulin and Vincenzo Nibali all split by half a minute and there were even bigger gaps to the rest of the field. With an Excellent performance to kick the race off Miguel Ángel López managed to secure the white jersey of the best young rider and keep himself in contention for the overall victory. 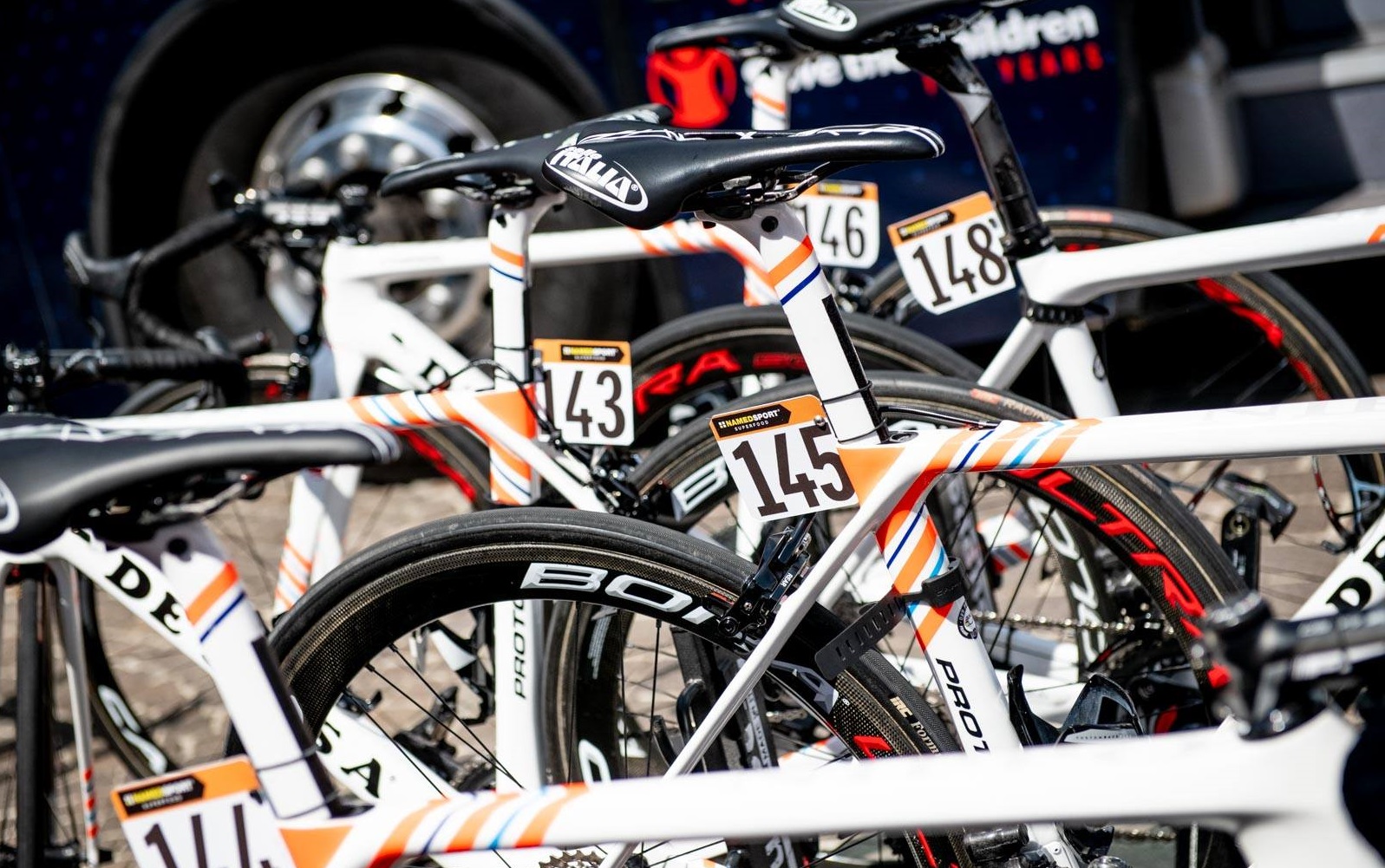 Stages two and three would see the typical first week sprint finishes and would provide the fast men with a chance to take an early stage win. Bora Hansgrohe’s German sprinter Pascal Ackermann would take the first road stage of the 2019 Giro, opening his grand tour account with a win at the first opportunity. However, the real drama would come on stage three as Fernando Gaviria took the win following the relegation of Italian national champion and home favourite Elia Viviani. 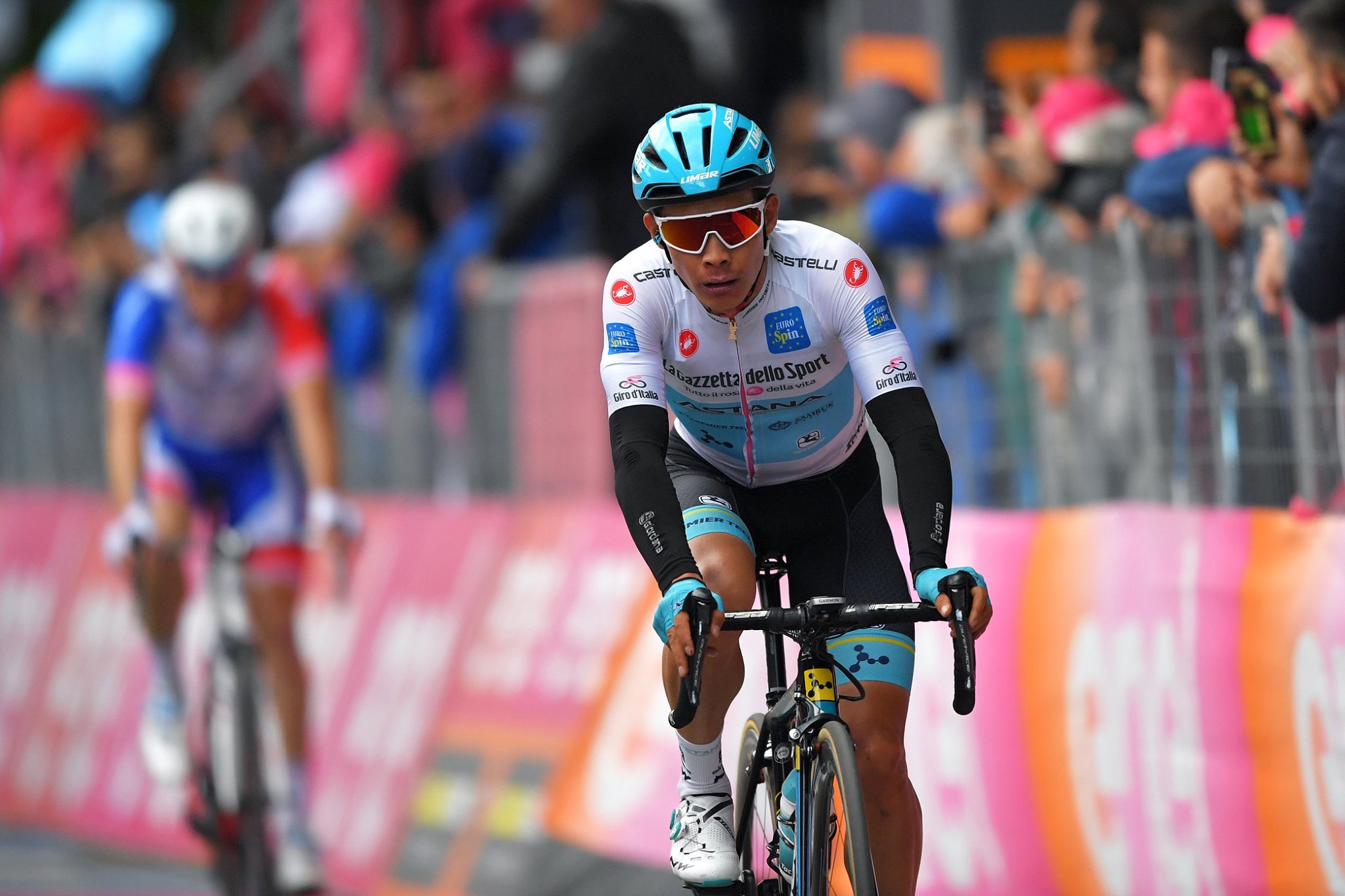 The following stage was perhaps one of the more unusual finishes of the first week with a late crash and an uphill sprint finish providing the grand tour specialists a chance to steal a stage from under the sprinter’s noses. Two riders both using Campagnolo, the home nations componentry, would take first and second with Richard Carapaz coming out on top and Caleb Ewan just behind. Meanwhile stage five would stand out not for its racing, but because of its weather. Again, it would be Ackermann who would take the stage while the GC contenders were able avoid any danger as the race was neutralised with 10km to go due to the severity of the weather. 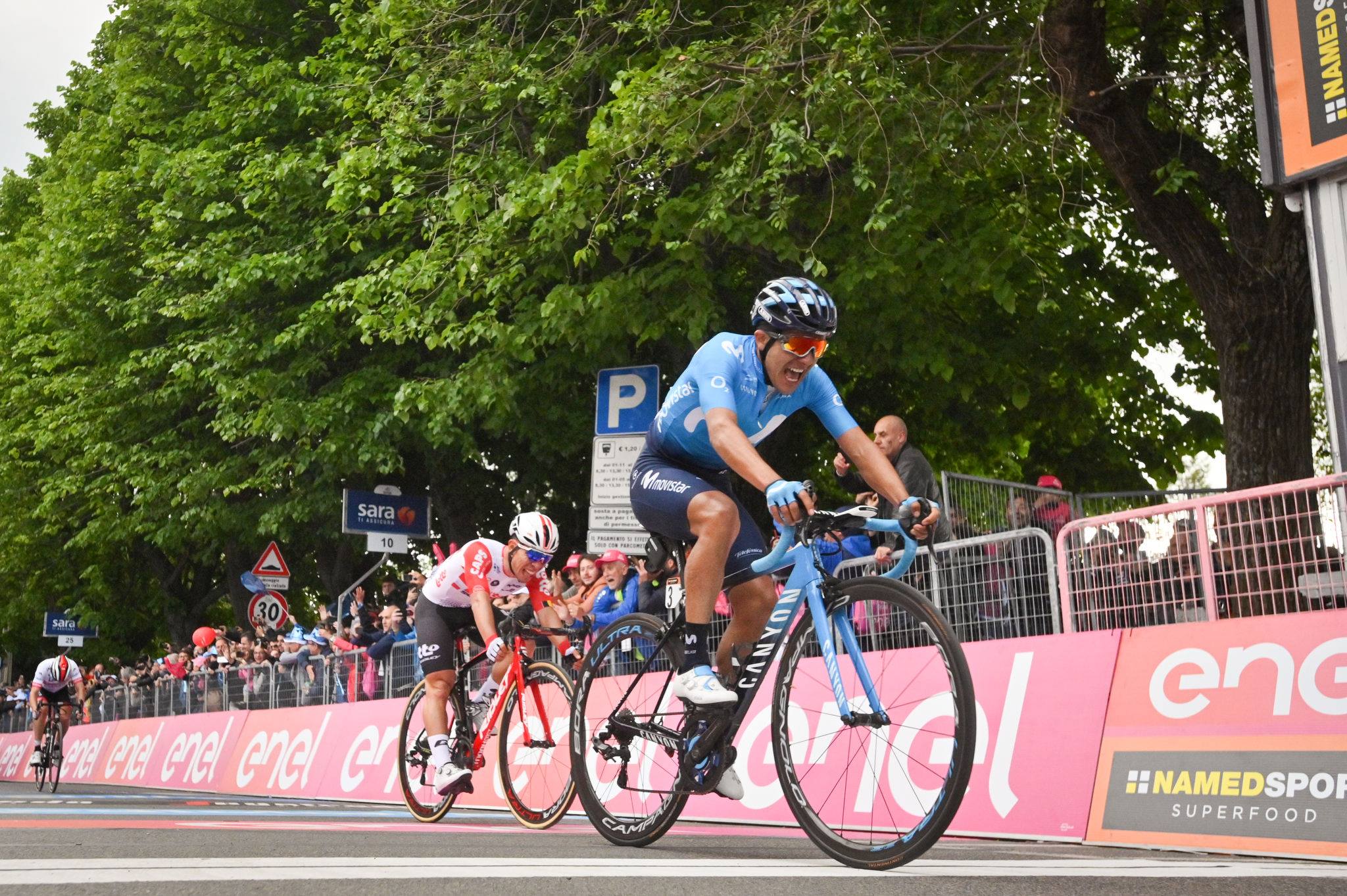 After a first week that had been ruled by the sprinters, stages six and seven would provide a brilliant opportunity for the rest of the peloton to have a shot at victory. Both days saw a large break going clear of the main field and due to the rolling terrain, they were given plenty of room to fight it out for the win. It would be one of Gianni Savio’s young Italian star, Fausto Masnada, who proved to be the strongest on stage six taking the stage with help from his breakaway compatriot Valerio Conti who took the pink jersey from the shoulders of Primož Roglič. Rubén Plaza also managed an impressive fourth place, the best result for the Israel Cycling Academy so far in the 2019 Giro. Stage seven was once again ruled by the breakaway with an impressive late attack from Pello Bilbao ensuring the stage win for Astana. 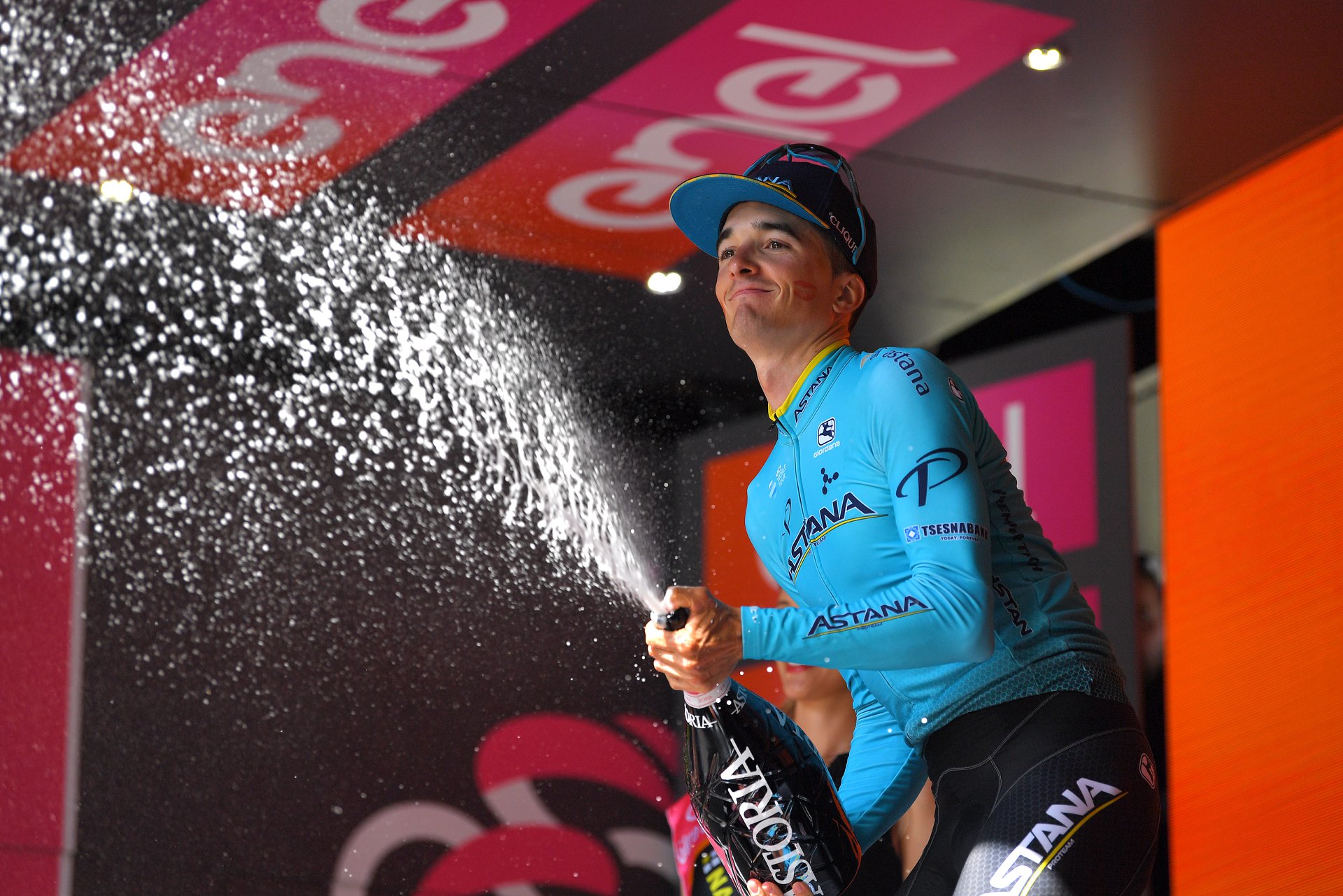 With the rest day in sight the riders had two relatively hard days to get through. The first of which, a very long 240km rolling stage, saw Caleb Ewan take a well-deserved win after a week of near misses. The following day once again saw the return of the worst of the weather with the rain falling heavily during the decisive stage nine time trial. The day saw pre-race favourite Primož Roglič take a significant amount of time out of all of his GC rivals as he stole the stage from under the nose of the new hour-record holder Victor Campenaerts who suffered a poorly timed mechanical issue. 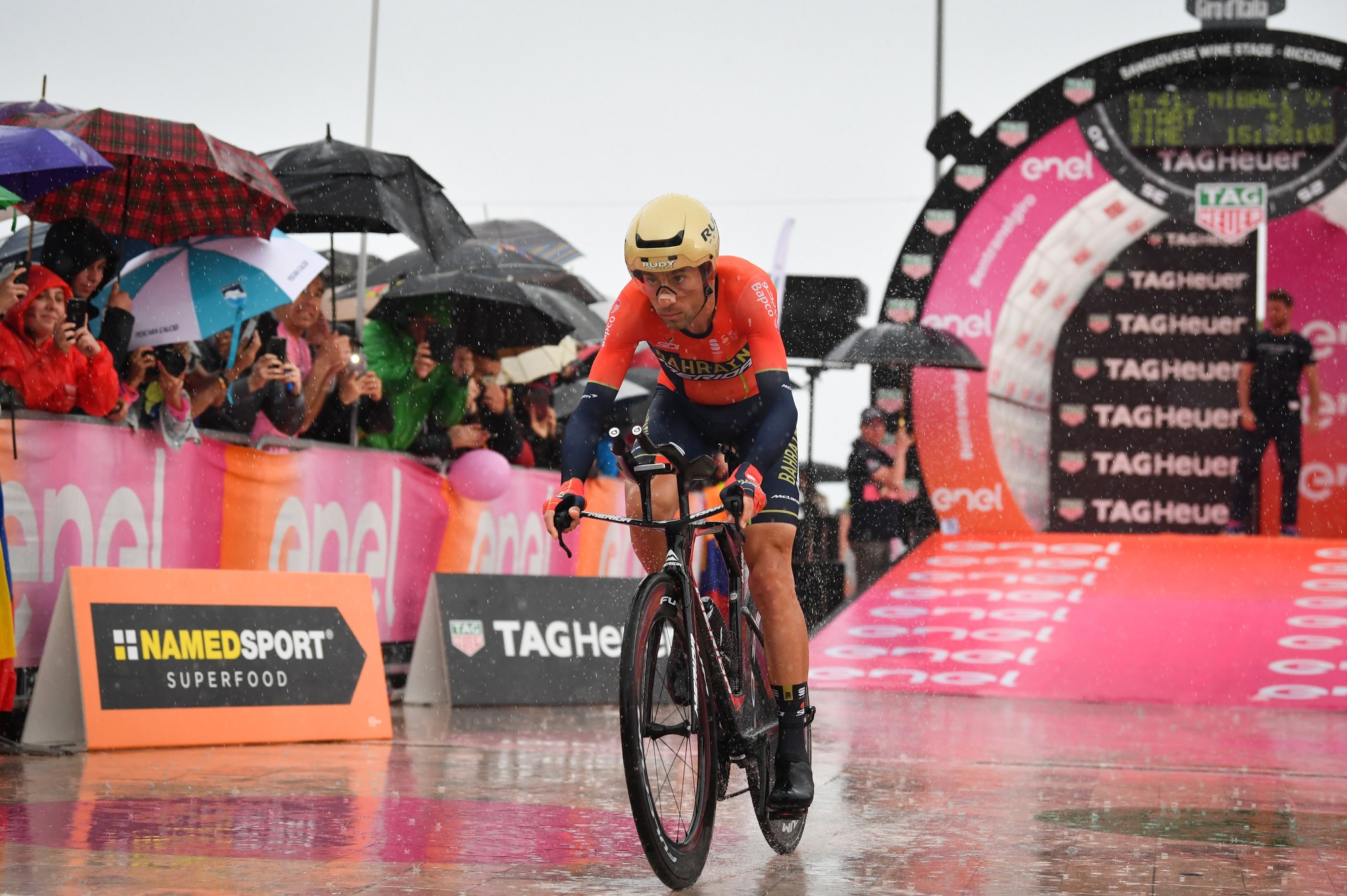 Many of the pro peloton are using some of the amazing brands we are lucky enough to stock here at i-ride. Just some of these include Vincenzo Nibali and his Bahrain Merida team who all use Fulcrum wheels, Team Movistar and Lotto Soudal who use Campagnolo componets, Nippo Vini Fantini Faizanè and Israel Cycling Academy who both use De Rosa bikes and Pro Team Astana who all use the amazing Northwave Extreme Pro shoes. Fausto Masnada and the rest of Gianni Savio's Androni Giocattoli–Sidermec all use Bryton cycling computers. 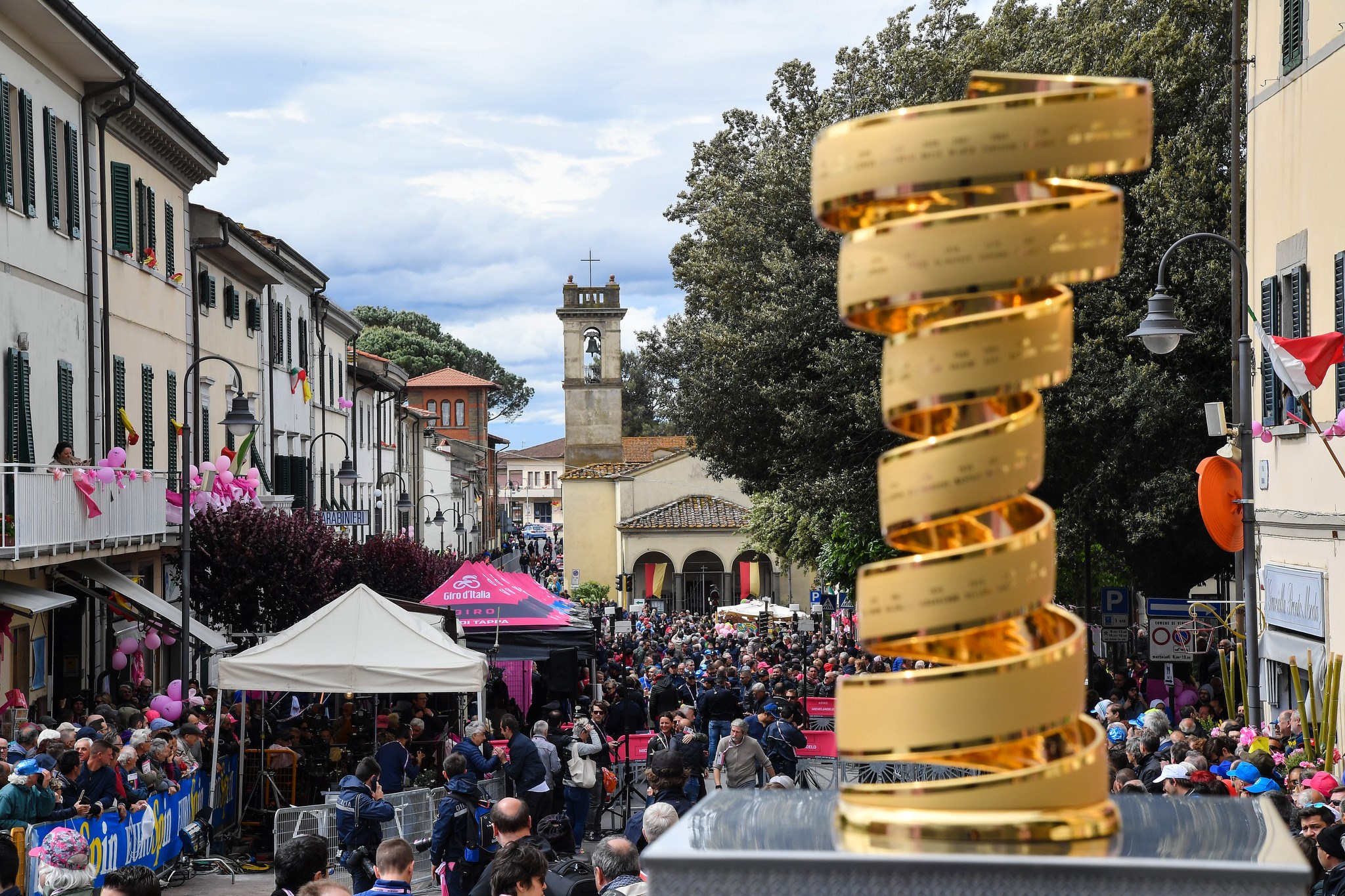