Following the success of the hugely popular GP4000 ii the new GP5000 has some big boots to fill. Since the initial release of the GP4000 over 14 years ago it has been one of the most popular road tyres on the market.

The GP4000 was not the lightest tyre, nor was it the tyre with the lowest rolling resistance or even the most puncture resistance, it was however renowned for being the best all-round tyre, proving great in all areas even though it specialised in none. 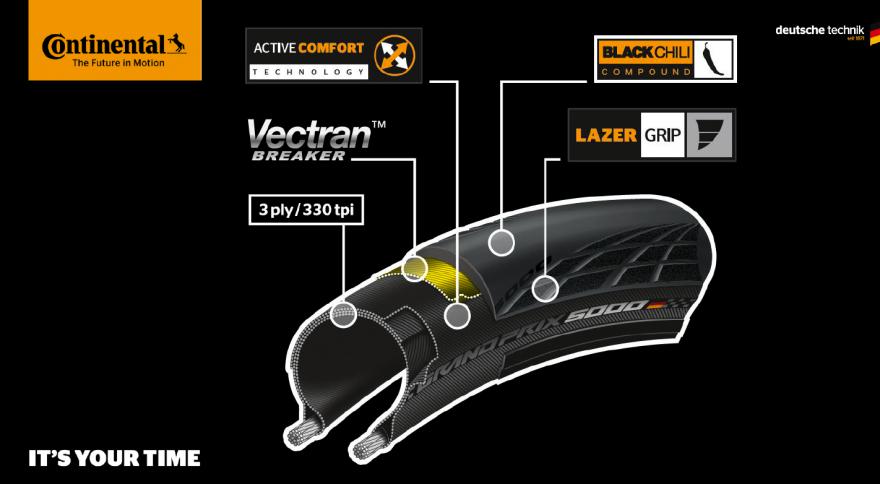 The new GP5000 however, looks to improve in all areas. With Continentals new and improved Black Chilli compound it strikes the perfect balance when it comes to the holy trinity of tyres – weight, rolling resistance and puncture protection.

Since the release of the GP4000, Continental have been able to develop a new more precise tread pattern as the tread is now laser cut instead of machine cut. This is said to improve the cornering and handling of the tyre.

Compared to the GP4000 the GP5000 has 20% more puncture protection, is 5g lighter, has 12% lower rolling resistance, and with a new tubeless specific version the rolling resistance is 17% lower. Continental also claim that the tyre is more comfortable than ever.