The 2019 Yorkshire World Championships always promised to be a week packed full of some of the best racing of the year. Yorkshire is fast becoming the heartland of British cycling, having hosted many top-level races like the Tour de Yorkshire, Tour of Britain, OVO Energy Women's Tour and even the Tour de France.

In typical British fashion, the weather turned out to be apocalyptic. Rain hit the Men’s Road Race particularly hard, making for one of the toughest World Championships in recent memory. The Women’s Time Trial was also a wet one. However, that didn’t stop 22-year-old American rider Chloe Dygert from taking gold by over a minuet and a half, beating the Dutch duo of Van der Breggen and Van Vleuten into second and third respectively.

The men’s Time Trial was a mixed affair, Rohan Dennis once again sparked controversy when he took to the start line using a blacked-out bike and non-team issue kit. However, this controversy would not be enough to deter him from putting in a brilliant performance to defend his world title. The race also saw an impressive performance from 19-year-old Remco Evenepoel who took second on the day. Italia rider Filippo Ganna also looked strong, holding on to a well-deserved third place finish. 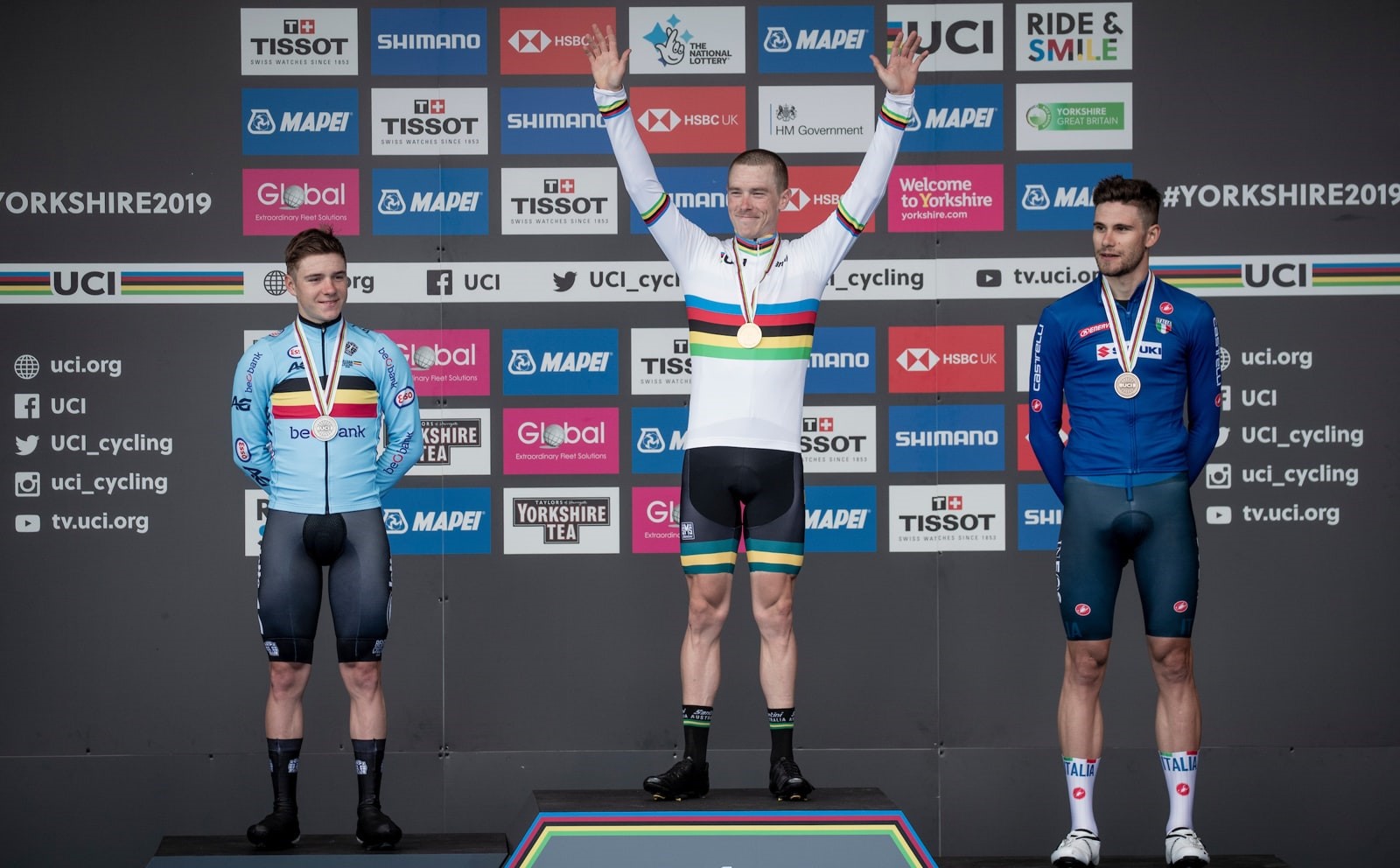 The Dutch team, keen to build on a strong showing in the Women’s Time Trial, were keen to keep their momentum going into the road race. With one of the strongest teams on the start line, the Dutch were the overwhelming favourites to defend the jersey that they have held for the last two seasons. The team was packed with stars including former world champions Marianne Vos, Anna Van der Breggen and Chantal Blaak as well as Annemiek Van Vleuten and Lucinda Brand. They quickly made their intentions very clear, sending Van Vleuten up the road with over 100km to the finish. In a remarkable feat of strength Van Vleuten built up a healthy lead over the chasers and did not look like she would fade away. Despite the best efforts of the chasing riders, including a plucky attack from newly crowned time trial world champion Chloe Dygert, they were unable to catch the flying Dutch woman, who held on for her first world road race title. 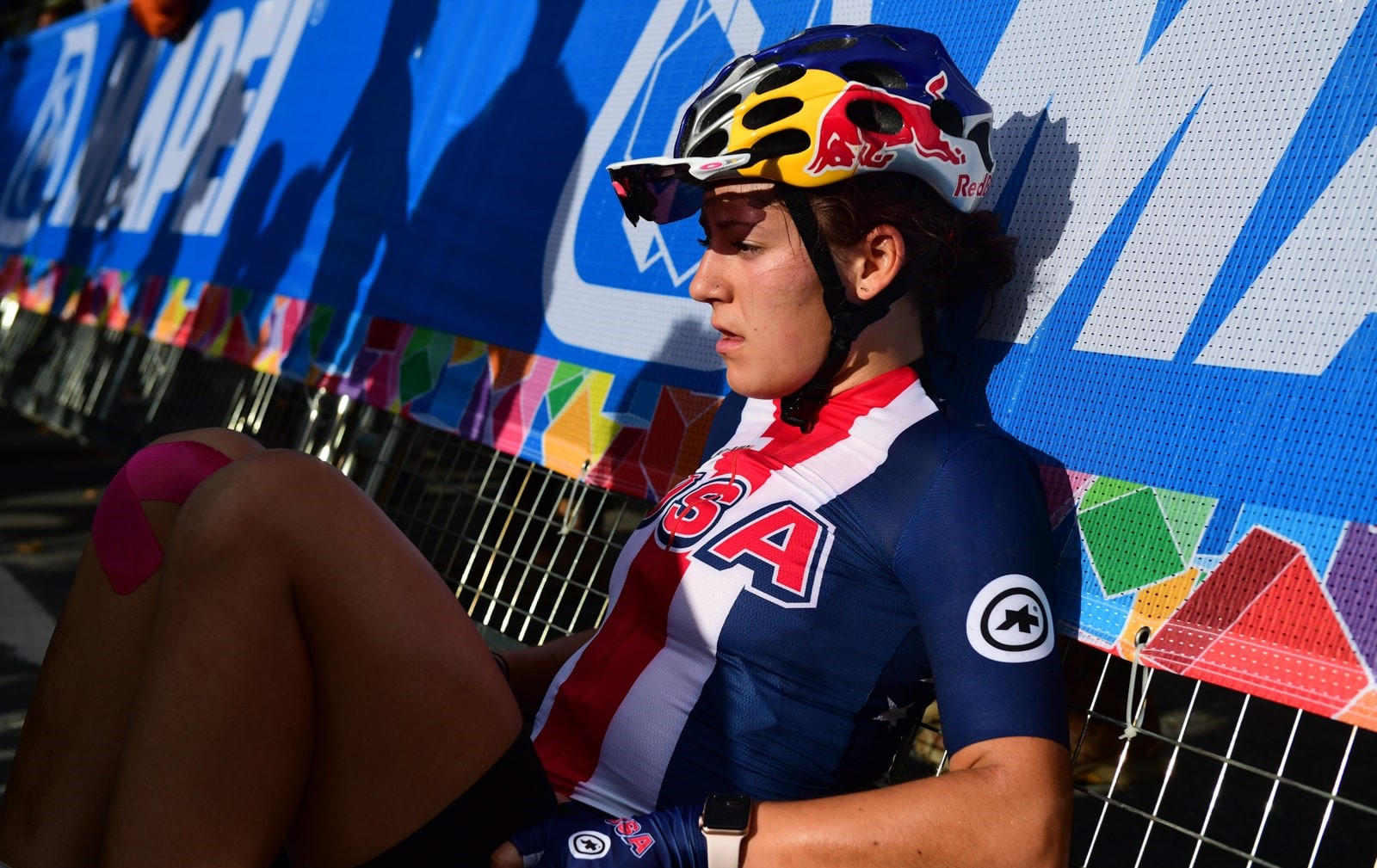 The final race of the weekend saw the very worst of the weeks weather, with standing water on the road and torrential rain throughout the day, more than 75% of the riders who took to the start would not make it to the finish. The race was decided more from the back of the peloton than it was from riders persistently going off the front. The war of attrition slowly wore down the riders, as one by one they fell away. Eventually a small group did make its way off the front of the remaining peloton. The group included pre-race favourites Mathieu Van der Poel and Matteo Trentin, both of whom looked to be going strong. However, neither would be strong enough to take the win, that honour went to their unfancied Danish companion Mads Pedersen. Trentin would hold on for second place and a well deserved third went to Stefan Küng, whose long-range attack proved well worth it. 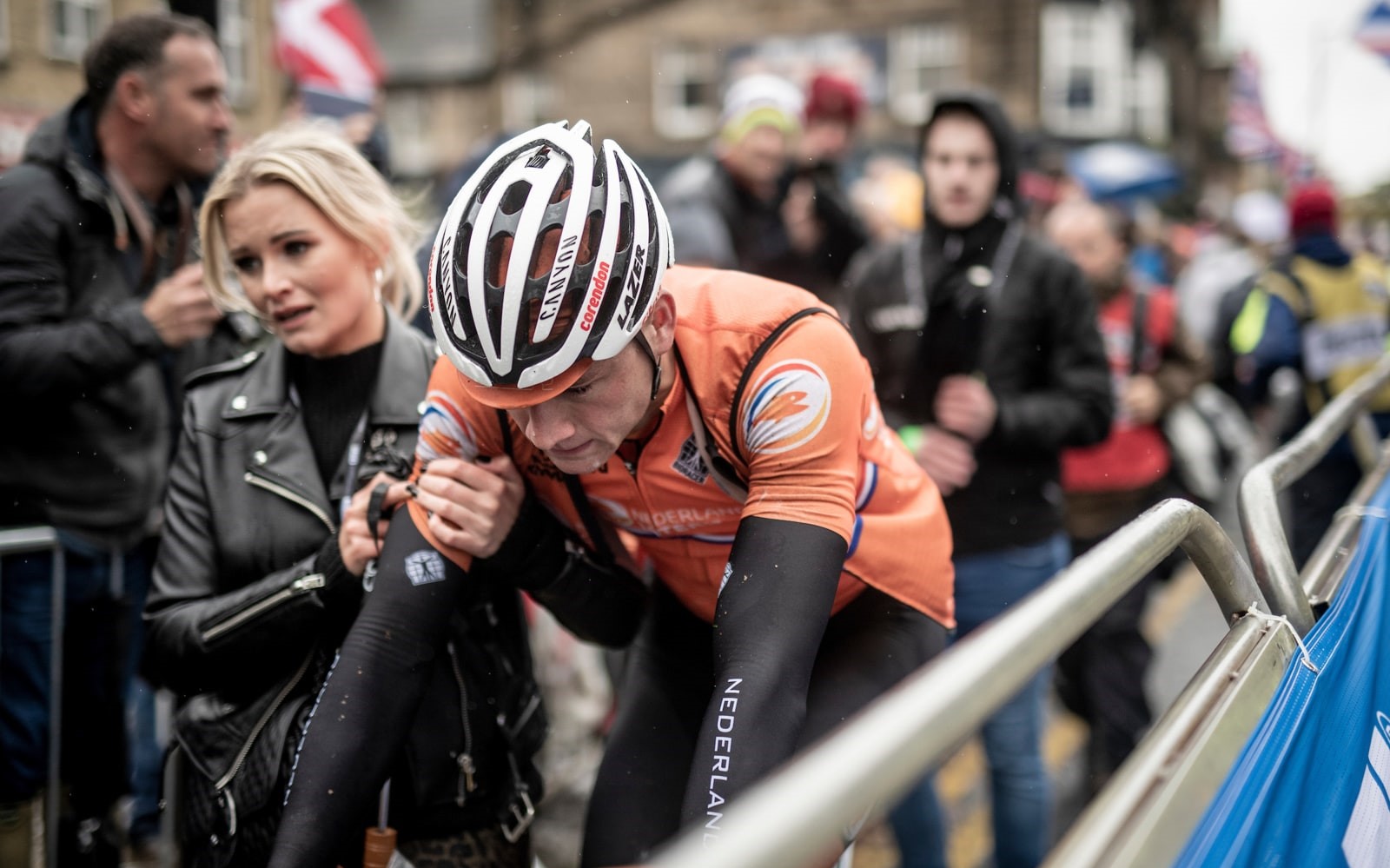 The young American World Champion, Chloe Dygert, uses Catlike Helmets. Filippo Ganna is powered by his Northwave shoes and all of Remco Evenepoel’s data is messured by his Bryton cycling computer.