The 2018 Innsbruck World Championships came to a climax over the weekend, with two impressive performances from winners Anna Van Der Breggen and Alejandro Valverde. Both riders have come close to a win at the World Championships several times, however neither have stood on the top step of the podium until now. That’s not to say that neither has come close. Before Innsbruck 2018, the pair had amassed 7 podiums and 6 top ten finished between them at pervious World Championships. 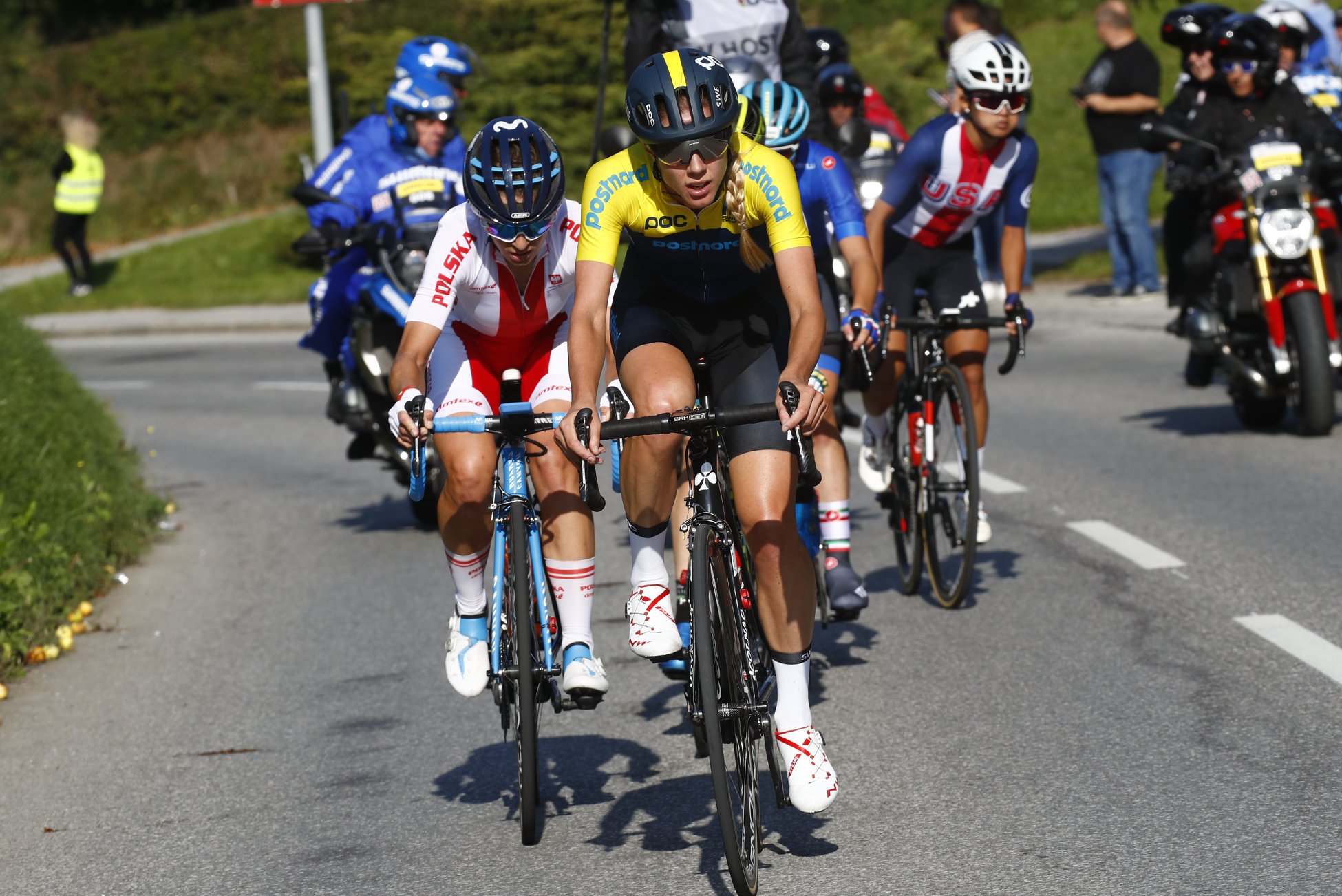 Van Der Breggen’s win was not only her first at the World Championships but arguably the most impressive victory of her career. Attacking with over 40km remaining she quickly established a healthy lead, catching and immediately passing the breakaway. Several riders attempted to follow her but one by one they fell away. Only Australia’s Amanda Spratt was able to keep pace with the flying Dutch-woman. The duo pushed on up the climb to Igls, but before long Spratt was in difficulty leaving Van Der Breggen to push on alone. 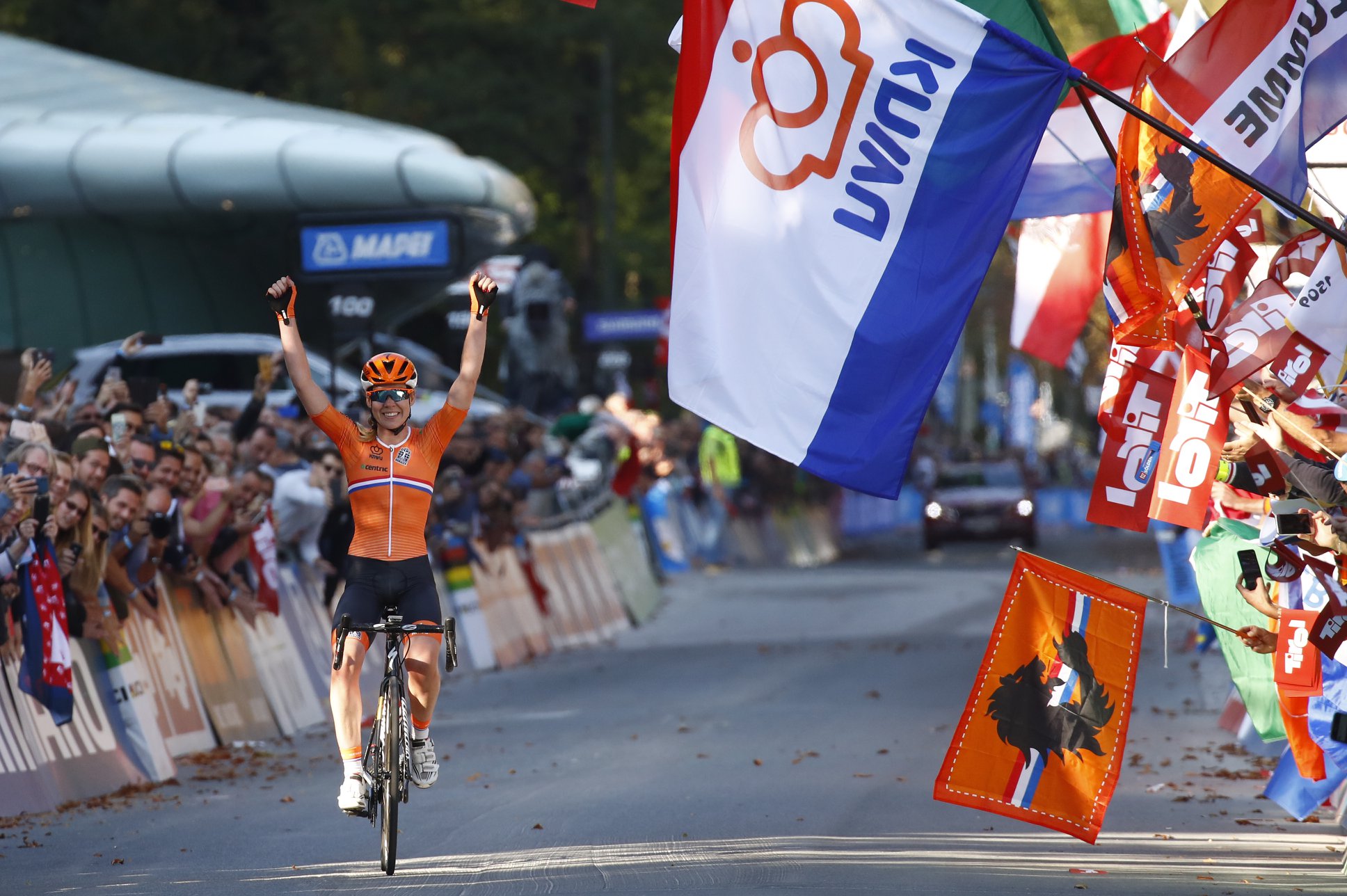 By the time Anna Van Der Breggen crossed the finish line for the final time she had established a commanding 3:45 lead over Spratt and a five-minuet gap to 3rd place rider Tatiana Guderzo. However, one of the surprise performances of the day came from Emilia Fahlin, who rode to 4th place after strong performance on a course that – on paper – looked far from ideal for the Swede. 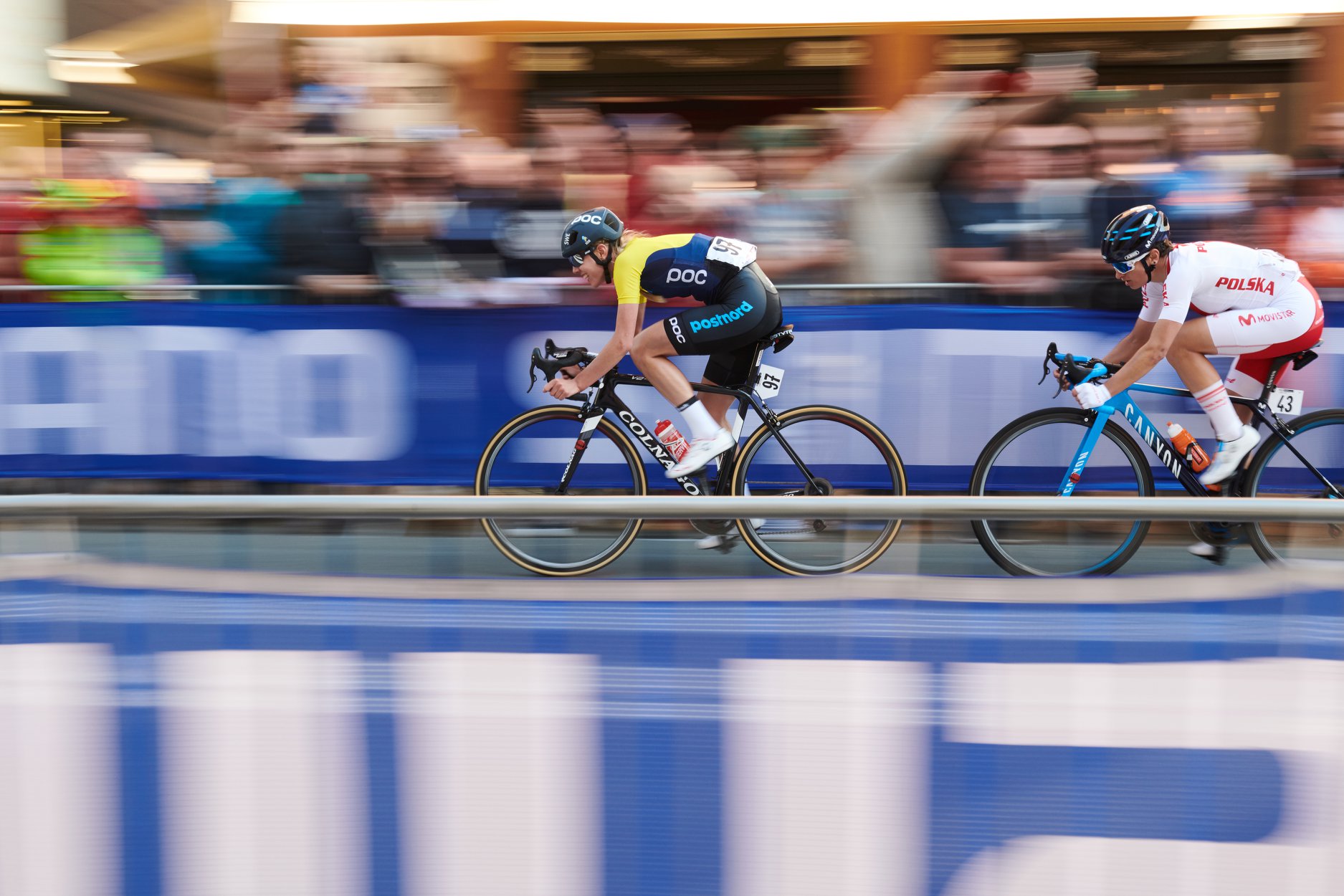 If the Women’s event was a classic example of a well-timed long-range attack, then the Elite Men’s race was a textbook demonstration of patience and timing. Over the course of the race there would be serval ambitious attacks, none however would stick for very long. As each attempt was reeled back in another would be launched almost immediately. 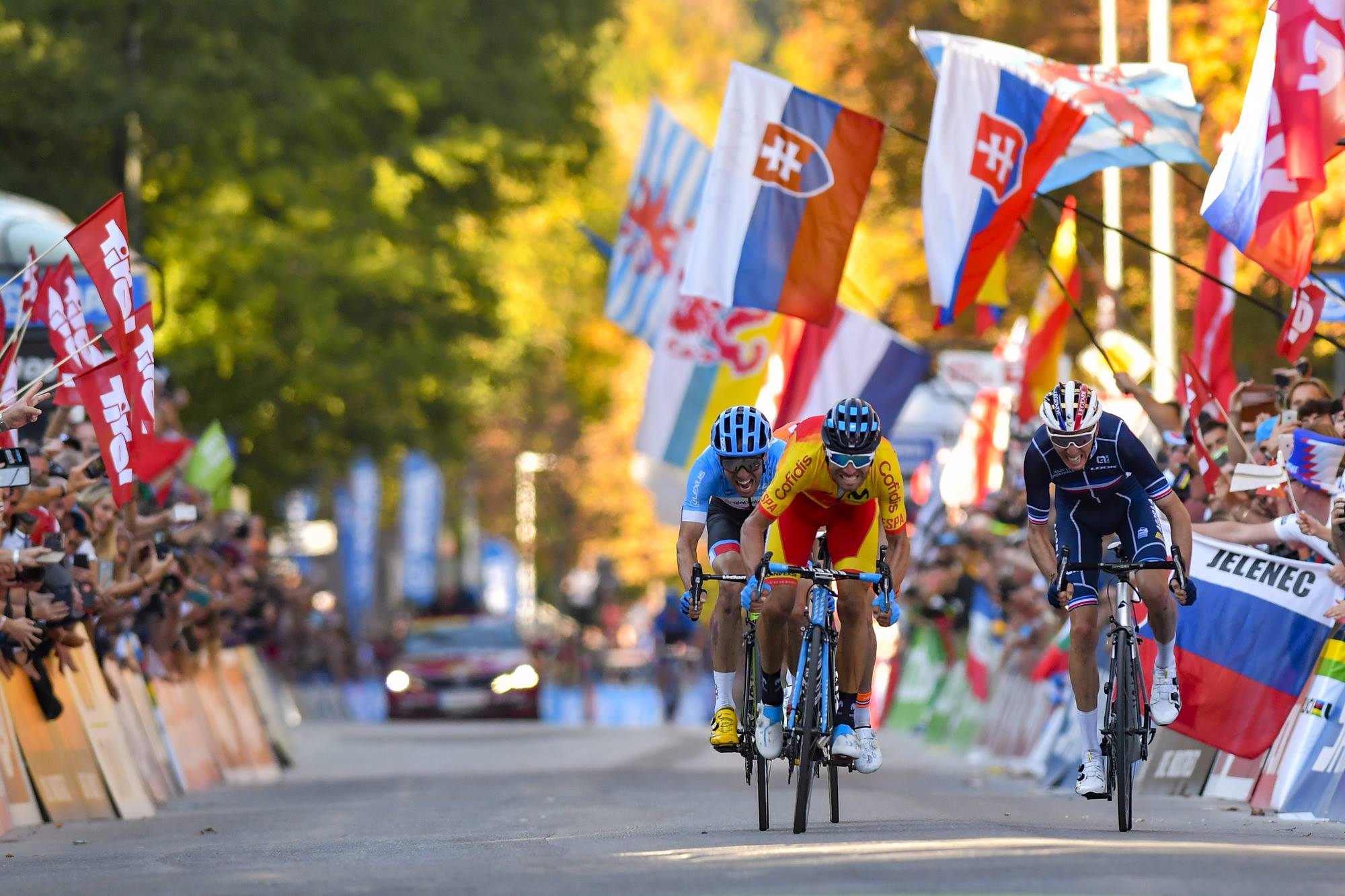 Valverde’s victory was due as much to his plethora of experience just as much as his world-class riding ability. With less than 15km remaining Denmark’s Michael Valgren was still out front with a lead of over 30 seconds. However, the cool-headed Spaniard stayed calm, allowing others to do the bulk of the work. By the foot of the final climb it was clear that Valgren’s lead would not be enough to see him to the finish. 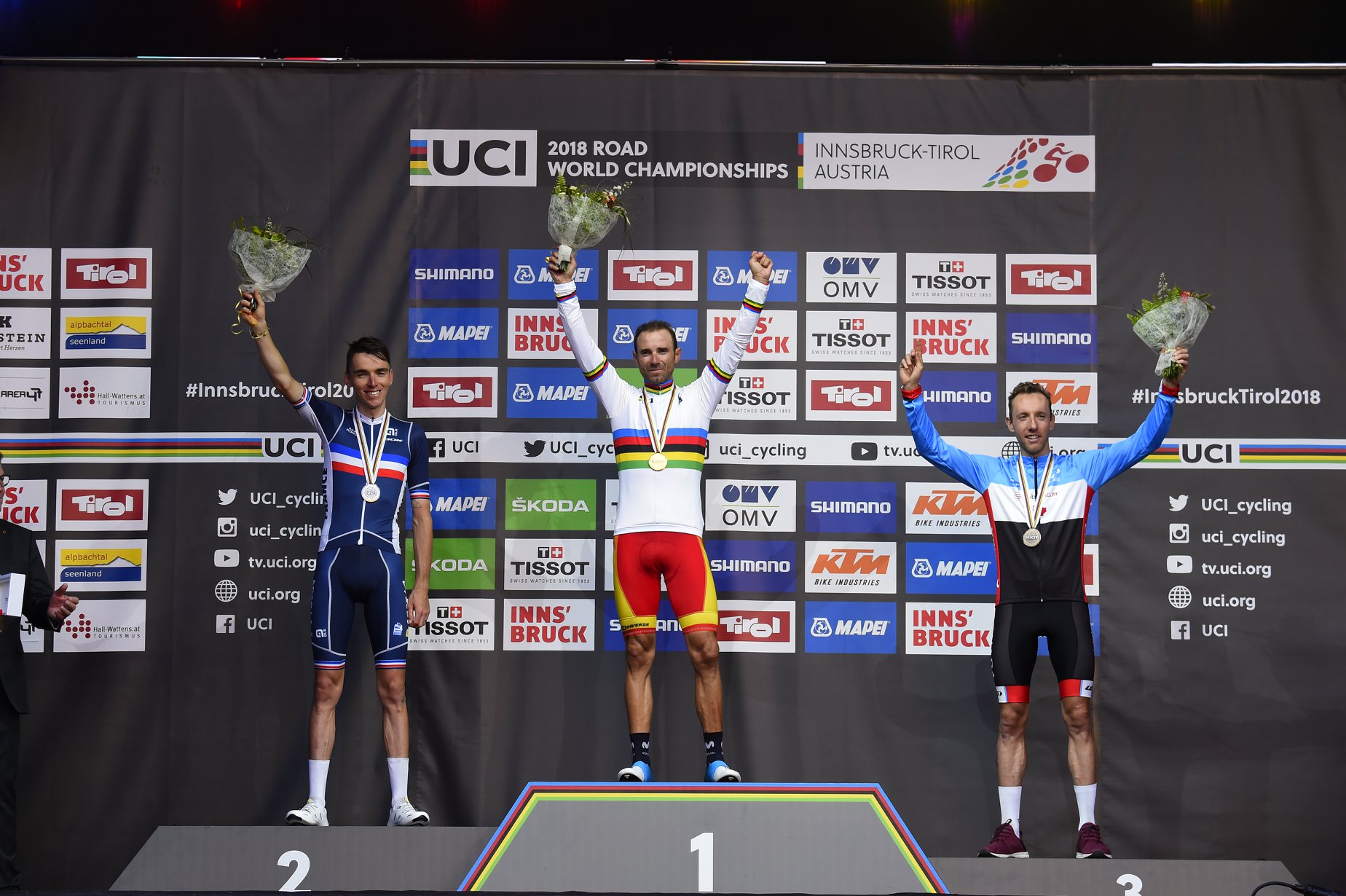 As the race approached the top of the final climb, only a trio of riders were left. They were soon upon the Dane and quickly past him as he struggled to keep his speed on the 28% slopes. The three riders – Bardet, Woods and Valverde – were the first to the top, closely followed by Tom Dumoulin. Approaching the finish, the three were caught by the flying dutchman, setting the race up for a four-way sprint. With easily the best sprint in the group, Valverde lead it out and successfully held off the others to take his first rainbow jersey.