After ten days we have reached the first rest day of the 2019 Tour de France. As the GC battle starts to take shape throughout the second week two teams can rest easy knowing that they have already had a brilliant Tour. 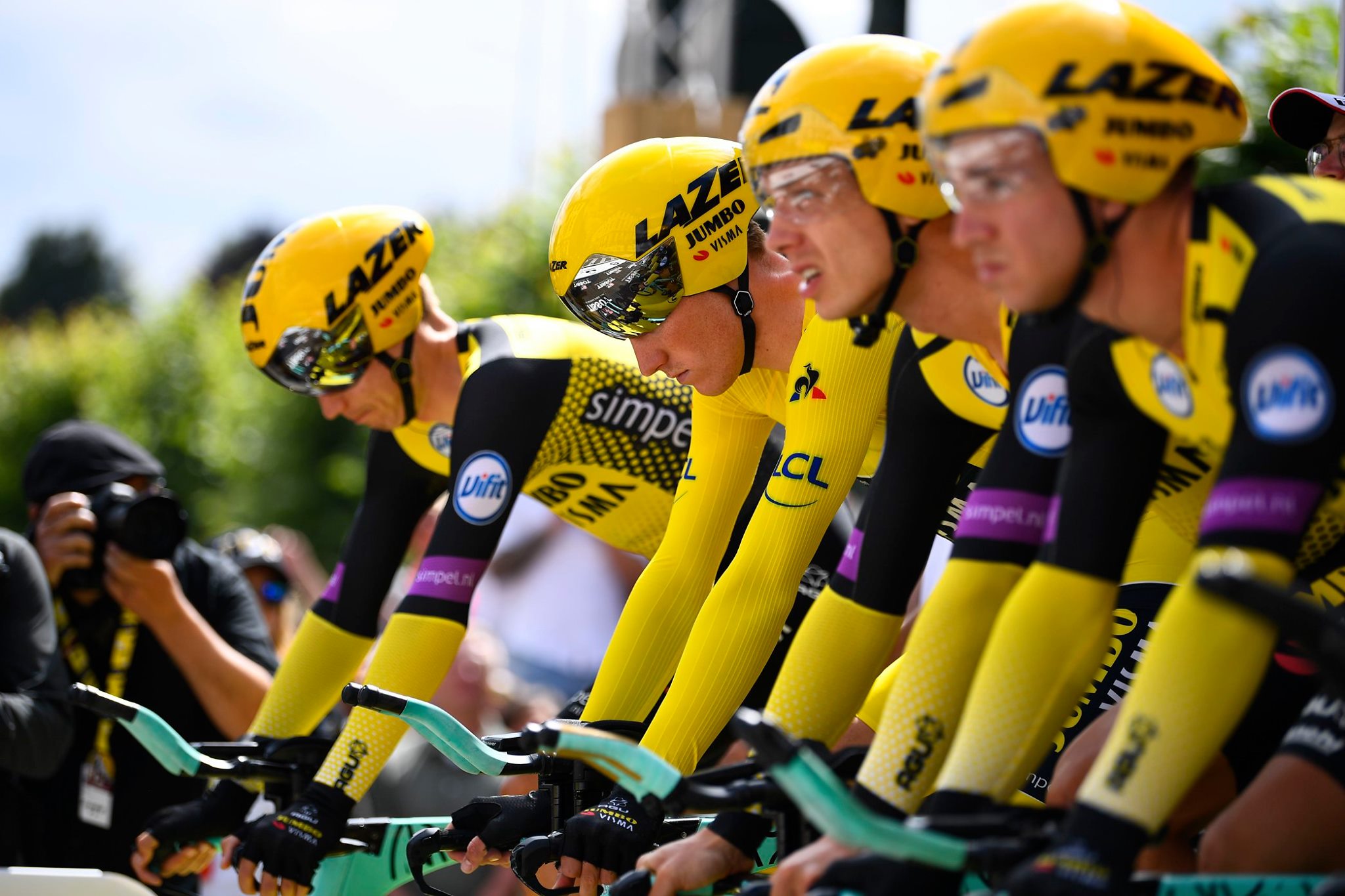 Team Jumbo Visma wasted no time at all in stamping their authority on the race with a surprise win on stage one. Dutchman Mike Teunissen took the first yellow jersey of the Tour managing to outsprint a host of the world’s best sprinters in an impressive show of strength, after seeing his team leader Dylan Groenewegen crash with less than three kilometres to go. Stage two would see an equally strong defence of the yellow jersey from the Dutch outfit in the team time trial, beating Team Ineos to the stage win by a mighty 20 seconds over just 28km. 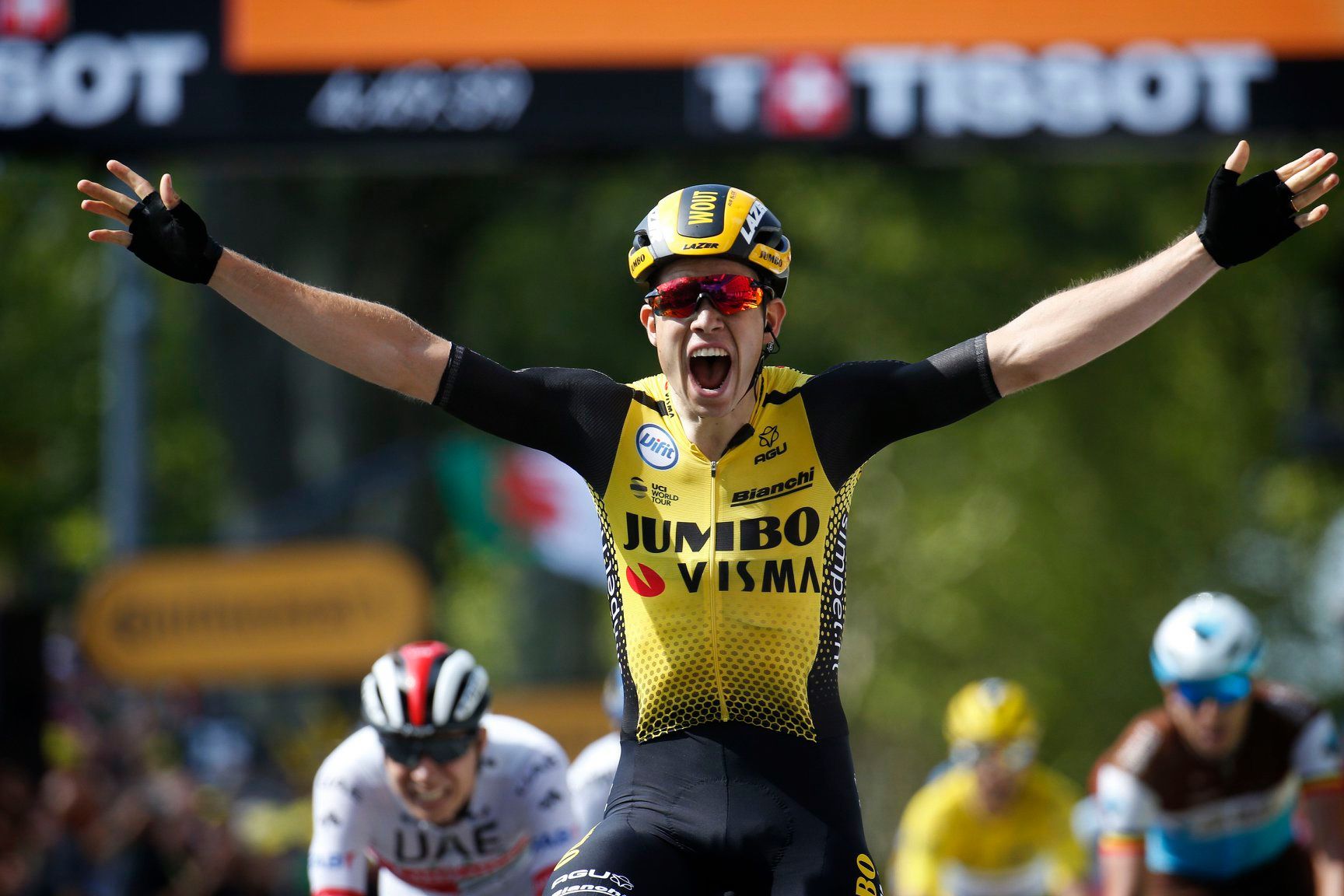 Although Teunissen would go on to lose the race lead to Frenchman Julian Alaphilippe on stage three that would not be the end of the winning run for Jumbo Visma. Groenewegen recovered quickly from a disappointing start and came back with a bang and a win on stage seven. They would once again go on to prove their strength in depth on stage ten as tour debutant Wout Van Aert survived the crosswinds to take the stage honours. 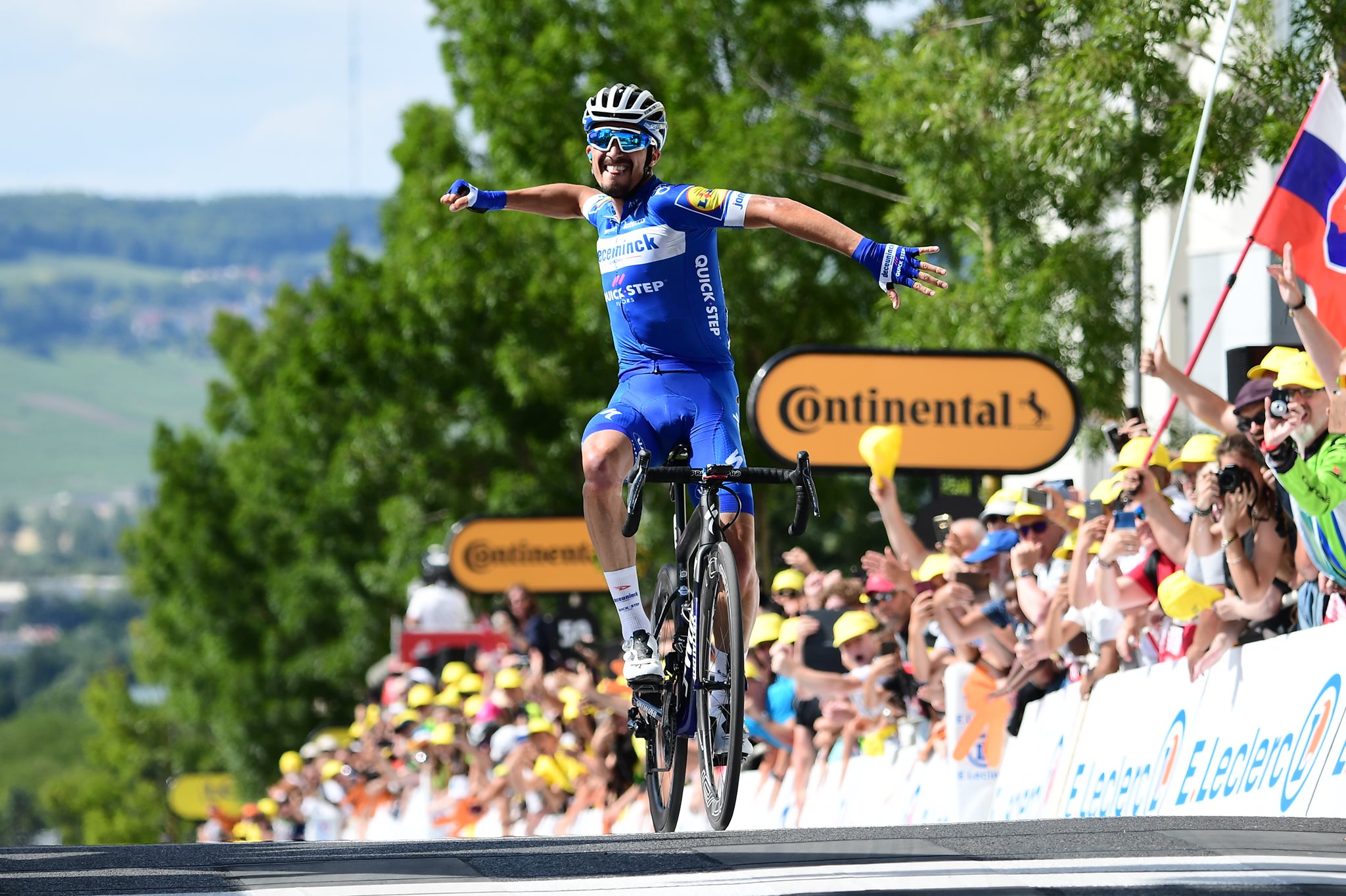 Deceuninck Quickstep were also quick to get their first stage win of the 2019 race. Home favourite Julian Alaphilippe was of the mark by stage three and in so doing took the lead in the race for the yellow jersey. Much like Jumbo Visma who won back to back stages, Deceuninck Quickstep did likewise with Elia Viviani following up with a win on stage four.

However, with only a handful of seconds over the pre-race favourites many wondered if Alaphilippe would be able to defend the jersey on the slopes of La Planche des Belles Filles. Despite a valiant effort, which saw Alaphilippe finishing with leading favourites Thibaut Pinot and Geraint Thomas, he was unable to keep the race lead losing out to Italian rider Giulio Ciccone by just 6 seconds. Yet by the weekend Alaphilippe would retake yellow, once again making a daring attack this time joined by his compatriot Thibaut Pinot. 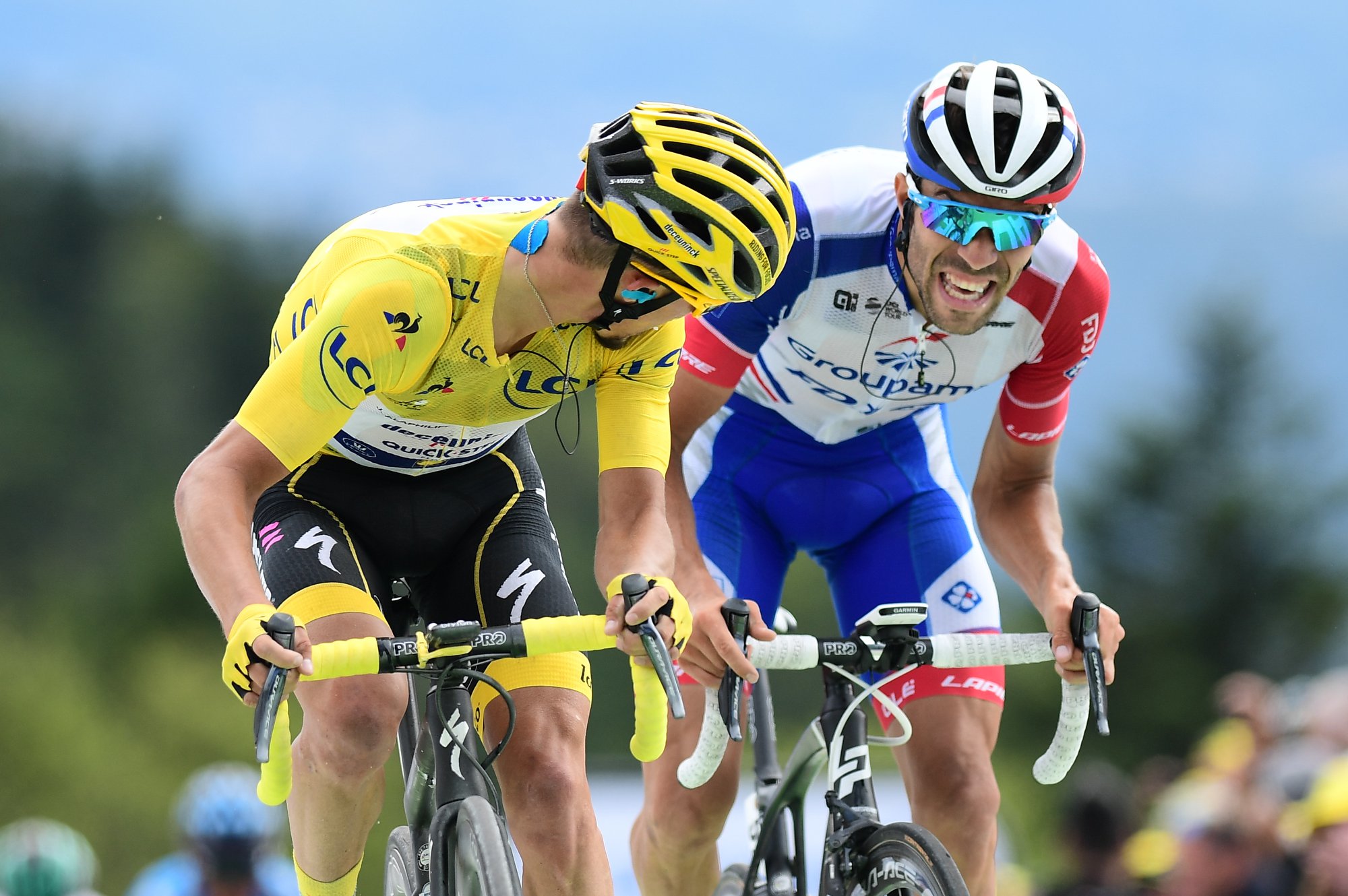 The Deceuninck Quickstep team use Defeet socks as well as Bryton cycling computers whilst the Jumbo Visma Team cars are fitted with the excellent SeaSucker bike racks.