The 101st Giro d’Italia has already established itself in the history books as the first Grand Tour to travel beyond the borders of Europe with its 2018 Grand Depart in Israel.

The race took in some of the country’s most well-known and beautiful areas, starting in Jerusalem with a lumpy 9.7km Time Trial around the city before traveling from north to south, with stage finishes in Tel Aviv and Eilat. 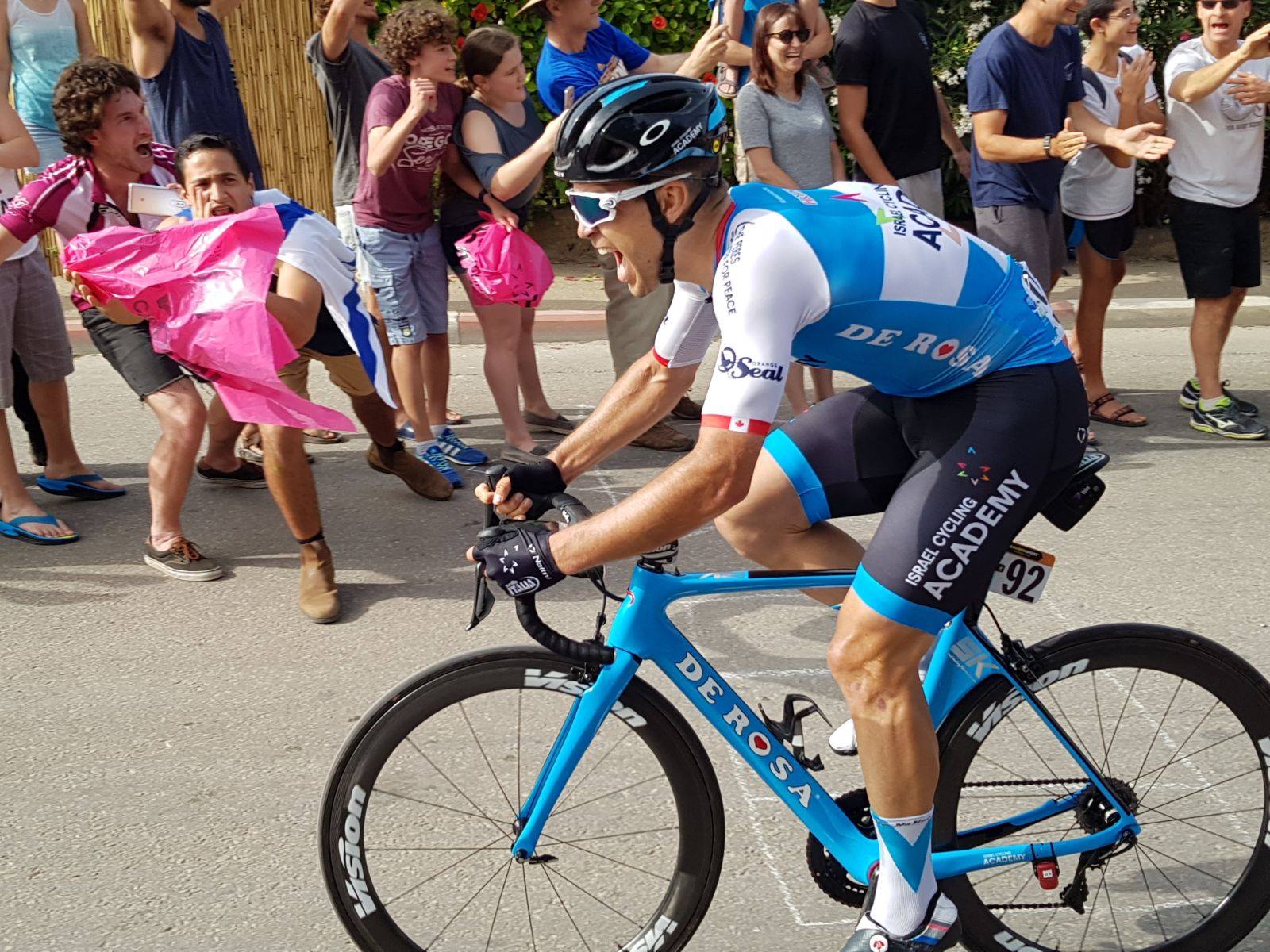 As expected the Israeli Cycling Academy team went on the offensive, with Guillaume Boivin getting into the main break of the day on stages 2 and 3. Despite a strong performance he was unable to hold on for the win and was swept up by peloton on both occasions.

As the race heads to back to Italy for stage 4, the Israeli Cycling Academy team will no doubt be looking to build on the positive performance from the weekend, by putting their De Rosa bikes to good use on some of Italy’s most famous roads.

Now in its fourth year, the 2018 edition of the Tour de Yorkshire looked set to be an excellent race. With some of the sports biggest names taking to the start line and a route packed with plenty of punchy climbs it promised to be an aggressive race.

Stage 2 was the first real test for the riders, with a nasty kick up in the final kilometre to the finish at Ilkley. With the Peloton all together as they passed under the flamme rouge looked set to come down to an uphill sprint. As the road kicked up serval riders tried to break away with little success, until 150m when Astana ride Magnus Court-Nielsen sprung from the group atop his Gallium Pro to take the stage win and the leaders jersey.

Perhaps the most memorable performance of the race came on stage 4 to Leeds, where Suomy sponsored Team Cofidis rider Stephane Rossetto won from a 120km solo breakaway over some of the country’s hardest roads!

Both the Tour de Yorkshire and the Giro d’Italia are sponsored by Namedsport, who are available for purchase online in the UK for the first time. Namedsport is a vegan friendly, healthy solution to sports nutrition, and is used by some of the worlds biggest cycling teams including UAE Team Emerites, Astana Pro Team, Bahrain Merida and Trek Segafredo.