Stage 9 of the Giro d’Italia saw the riders take on their biggest challenge of the race so far, with a leg-sapping assault on the summit finish at Gran Sasso d’Italia.

Marked as a day for the very best climbers in the race, the climb known as ‘the great stone of Italy’ would sort the wheat from the chaff. Any GC hopefuls struggling to recover from the tough Sicilian stages would be quickly found out on the climbs barren, windswept slopes.

With home favourite Fabio Aru seeming unable to conjure any kind of form, the hopes of an Italian winner now lay of the shoulders of veteran rider Domenico Pozzovivo. The little Italian looked strong throughout the day, often easily visible towards the front of the race.

As the road headed uphill the fight for survival amongst the GC riders began. The pace was high from the foot of the climb, with Astana driving the pace on the front, keen to move their man Miguel Angle Lopez up the overall standings.

As the race headed towards its conclusion, the last member of the breakaway was reeled in. Despite a valiant and strong performance, Androni rider Fausto Masnada could not hold on for the win and was caught with just under 3km remaining. 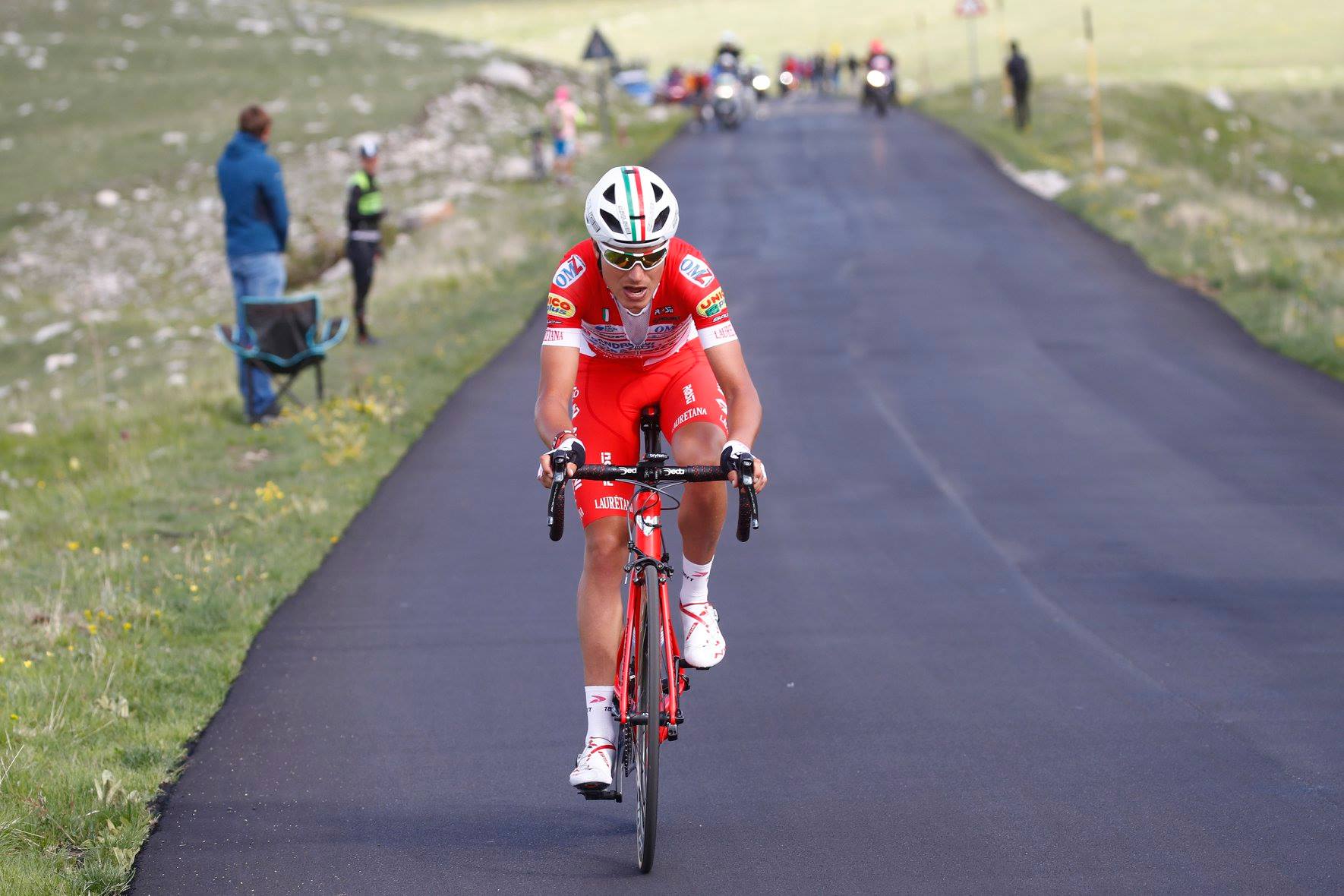 Approaching the last kilometre only the strongest remained at the front of the race, with big names like Chris Froome and Fabio Aru unable to keep pace with the leaders. With a little over 150m remaining Domenico Pozzovivo hit the front, looking to take time and the stage win. Despite a powerful surge up the climb, he was unable to hold on for the stage win but took time out of almost all of the other GC riders.