Back in 2005, a small company called SeaSucker began designing vacuum mounted seating and other accessories for yachts and sailing boats. The technology proved to be an instant hit with the sailing community, and in 2009 SeaSucker turned their attention to designing bike racks. Committed to innovative designs and ideas Seasucker built some of the highest quality, lightweight bike racks on the market. Despite being held on by only vacuum pads, all the SeaSucker racks are amazingly weight bearing. Even the Hornet - the smallest bike rack in the range - can comfortably hold a 15kg bike to the back of a vehicle. SeaSucker have so much faith in the strength of their vacuum cup technology, that they even raced round a track at 140mph with a bike mounted to the roof of the car. 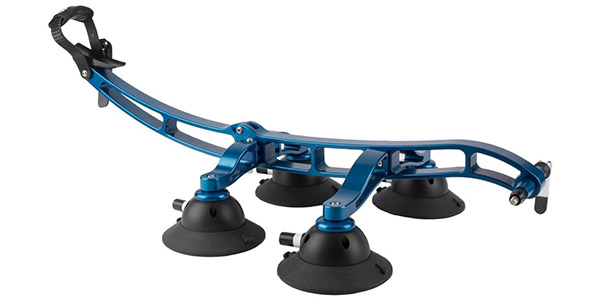 The Komodo is the flagship model in the SeaSucker range. Machined out of solid aluminium, the Komodo is testament to the quality and craftsmanship that goes into each and every SeaSucker product. Described by SeaSucker as 'the world’s most beautiful bike rack' it's been specifically designed for sports cars, convertibles or any cars that don't have a lot of space to attach a bike rack. With its incredibly small footprint - 18"x12" - and fold up tail, the Komodo is compact; making it easily removable and transportable. 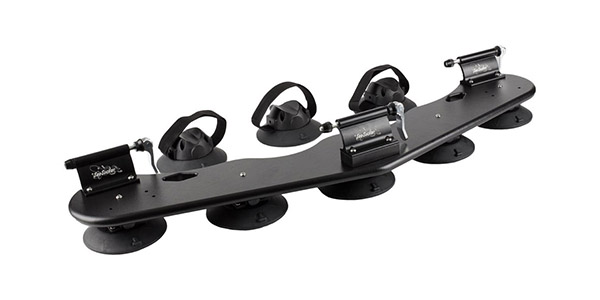 With the ability to carry three bikes the Bomber is not only the largest rack available from SeaSucker, but also the strongest. It's five 95kg pull-strength rated vacuum pads and three rear wheel mounts, mean that the Bomber is effortlessly able to carry 3 bikes weighing up to 20kg each. Despite its large carrying ability, the Bomber will fit on all most any car. As with all SeaSucker bike racks, it's also light and easy to transport. 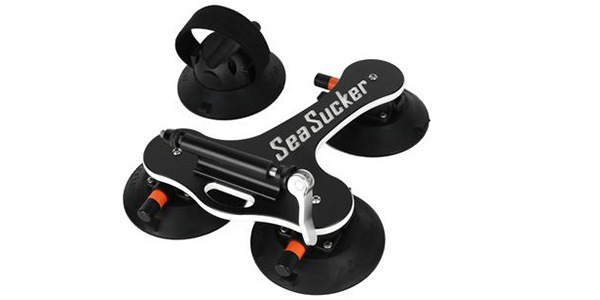 For those who are looking to transport only one bike but also want the power of the Bomber, the Talon is exactly that. With the same vacuum suction pads as the Bomber it has sacrificed none of the stability of its big brother, despite its smaller carrying capacity. As an official sponsor of the Red Hook Crit series, the Talon was also given to race winners as a prize, contributing to the Talon becoming the bestselling bike rack in the SeaSucker range. 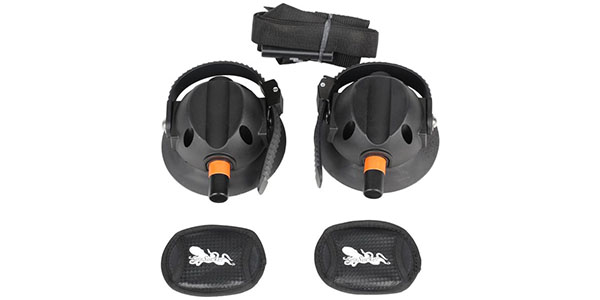 The Hornet can comfortably claim that it is 'the world’s smallest' bike rack. Weighing just 805g and with the ability to carry a single road bike weighing up to 15kg, the Hornet is certainly stronger than you would expect for a rack its size. In fact, the Hornet is so compact that it comes with its own carrying case measuring just 9.5"x7"x4". This model is also SeaSucker's first 'leave the front wheel on' bike rack, meaning it takes just a moment to go from having the bike mounted on the car, to ridable.