Not many people would have called it at the start in Bologna over three weeks ago, but Richard Carapaz has won the 2019 Giro d’Itlaia becoming the first ever Ecuadorian grand tour winner. The race came to a conclusion in Verona on Sunday with a time trial that would see the Movistar rider crowned for only the third time in his career having previously won Vuelta Asturias twice. 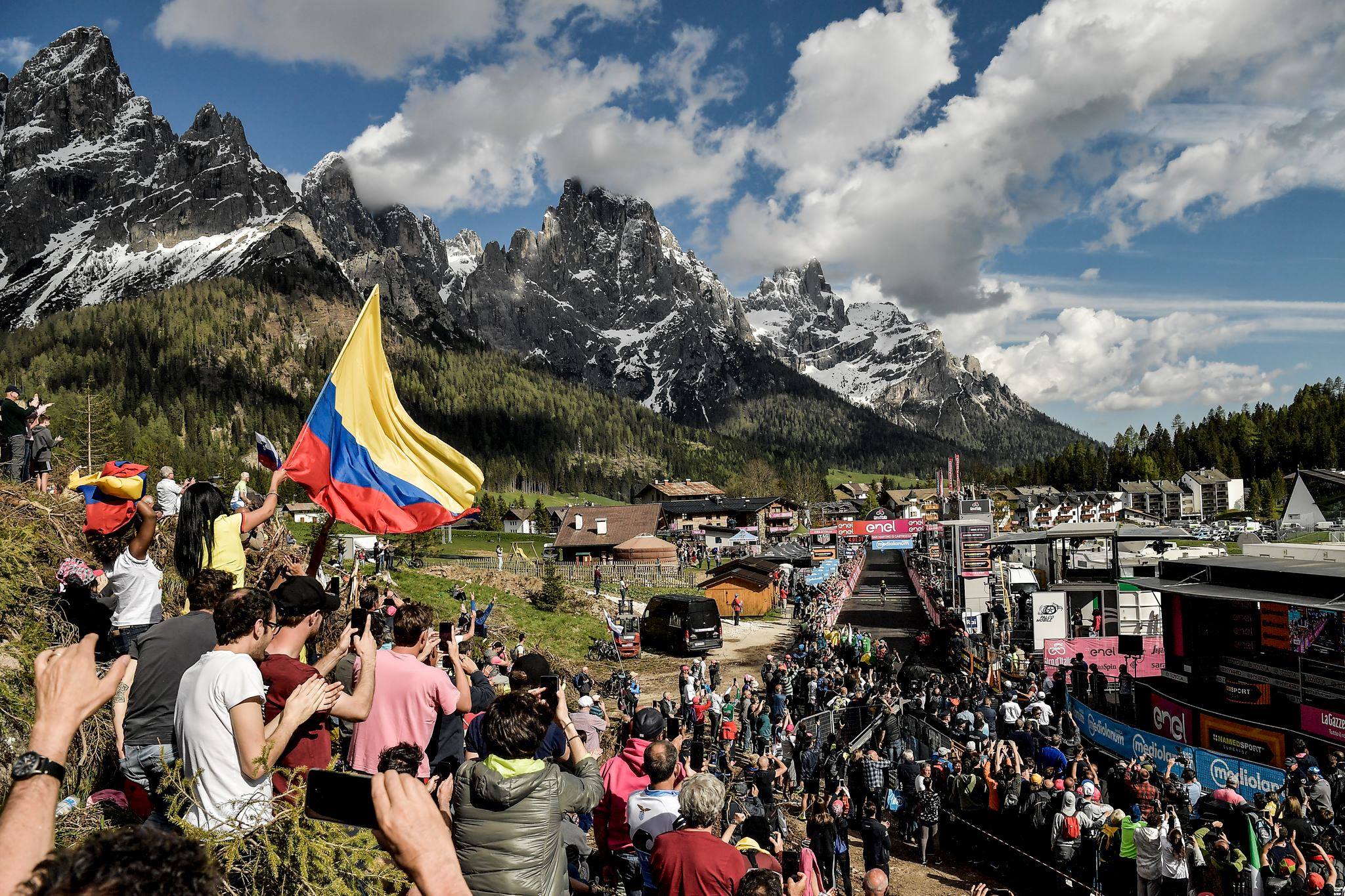 Carapaz’ performance was almost inscrutable for three whole weeks. Having taken the Maglia Rosa on stage 14 he didn’t put a single foot wrong for the duration of his time in the race lead. Initially Carapaz’ rivals were pre-occupied marking each other, allowing him to take time on multiple occasions. However, as the third week loomed large it quickly became apparent that Carapaz was more of a threat that many initially thought.

Three of the pre-race favourites would prove to be the most serious threat to Carapaz in the mountain stages to come. Two-time winner of the Giro d’Italia Vincenzo Nibali, the new kid on the block Primož Roglič and Superman Miguel Ángel López all looked capable of dislodging Carapaz. However, despite several attacks from Nibali and Superman López, including an impressive attack on the slopes of the Passo del Mortirolo, Carapaz remained untouchable. 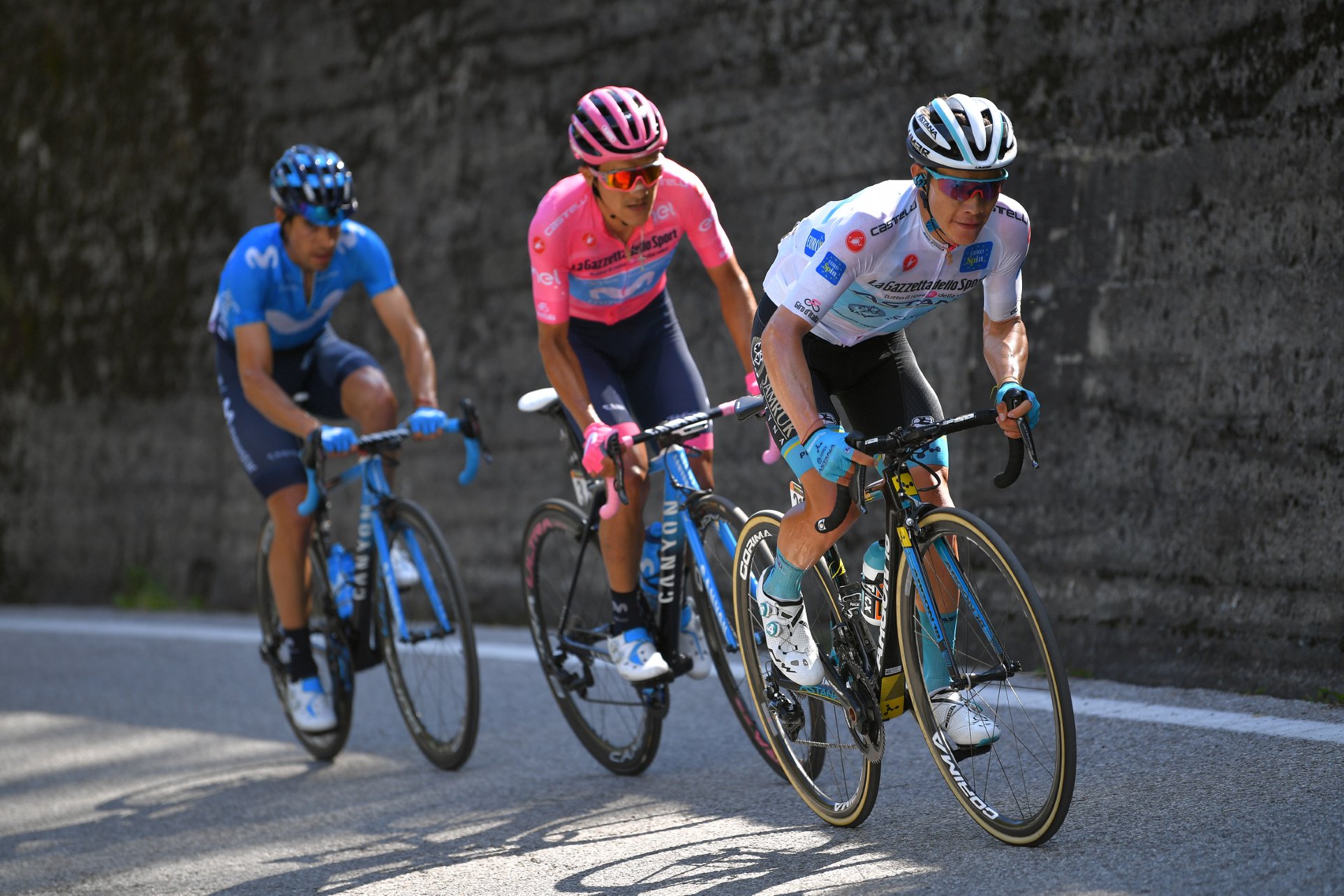 By the end of the third week it was apparent that Carapaz was not going to be beaten. With a two-minute lead over his nearest rival all that was left was the final 17km time trial around Verona. Carapaz rode conservatively, securing the overall victory with a minute in hand over Vincenzo Nibali. Jumbo Visma’s Primož Roglič put in a solid ride which would see him leapfrog Carapaz’ teammate Mikel Landa into third place. Despite looking strong in the mountains Superman López did not have such a super race. Having suffered crashes and mechanical issues at the worst possible moments throughout the race he was only able to manage a seventh-place finish overall. However, his performance would be enough to win him the White Jersey of the best young rider. 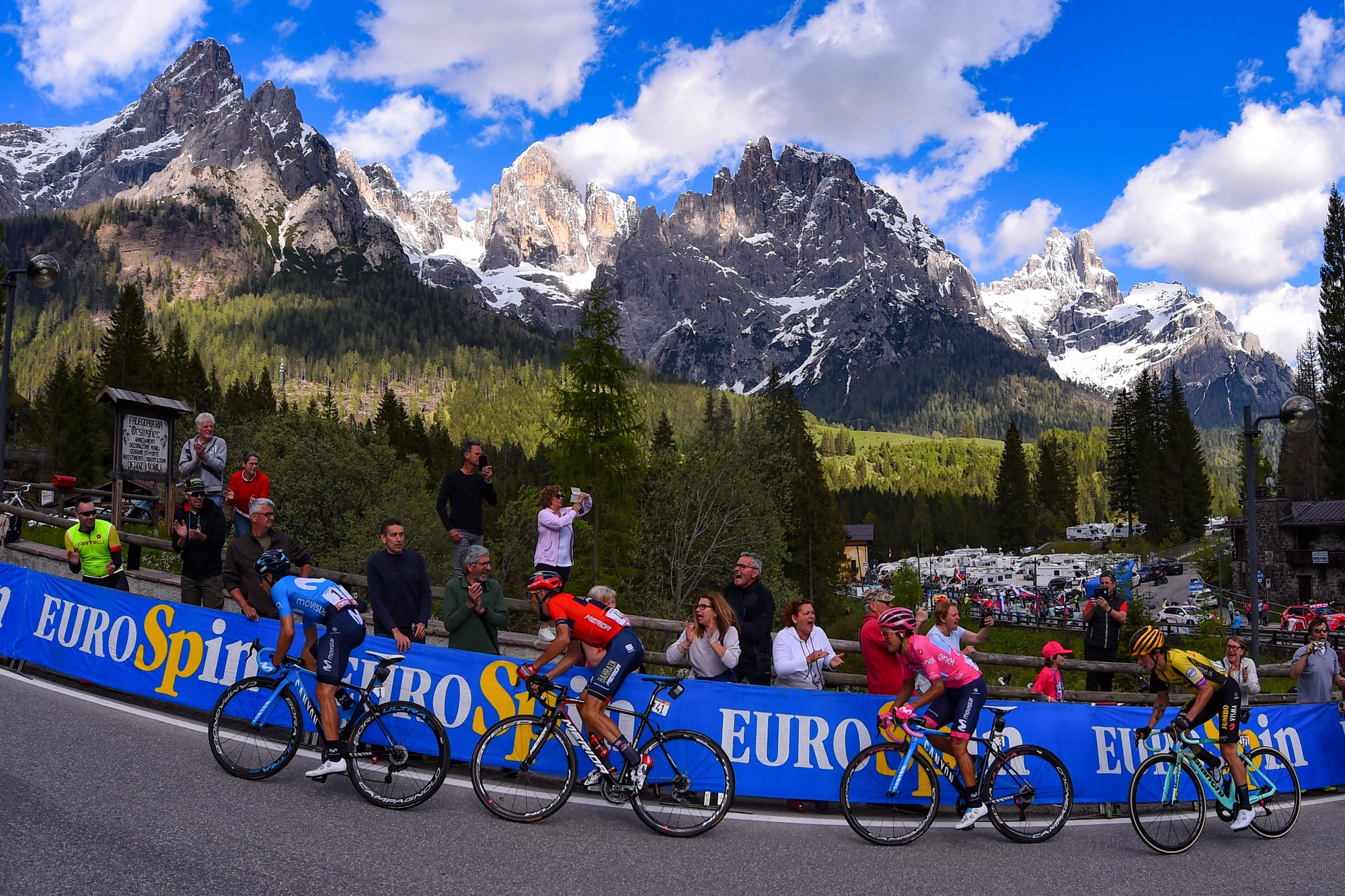 Throughout the season Richard Carapaz and the rest of his Movistar team have been using the excellent Campagnolo components on their bikes. Vincenzo Nibali uses the brilliant Fulcrum wheelsets provided by his team while Miguel Ángel López and his Astana teammates choose to use the Northwave Extreme Pro shoes for both their training and racing. The support provided by the Jumbo Visma team car saw Primož Roglič’s spare bikes mounted to the roof using the excellently reliable SeaSucker bike racks. 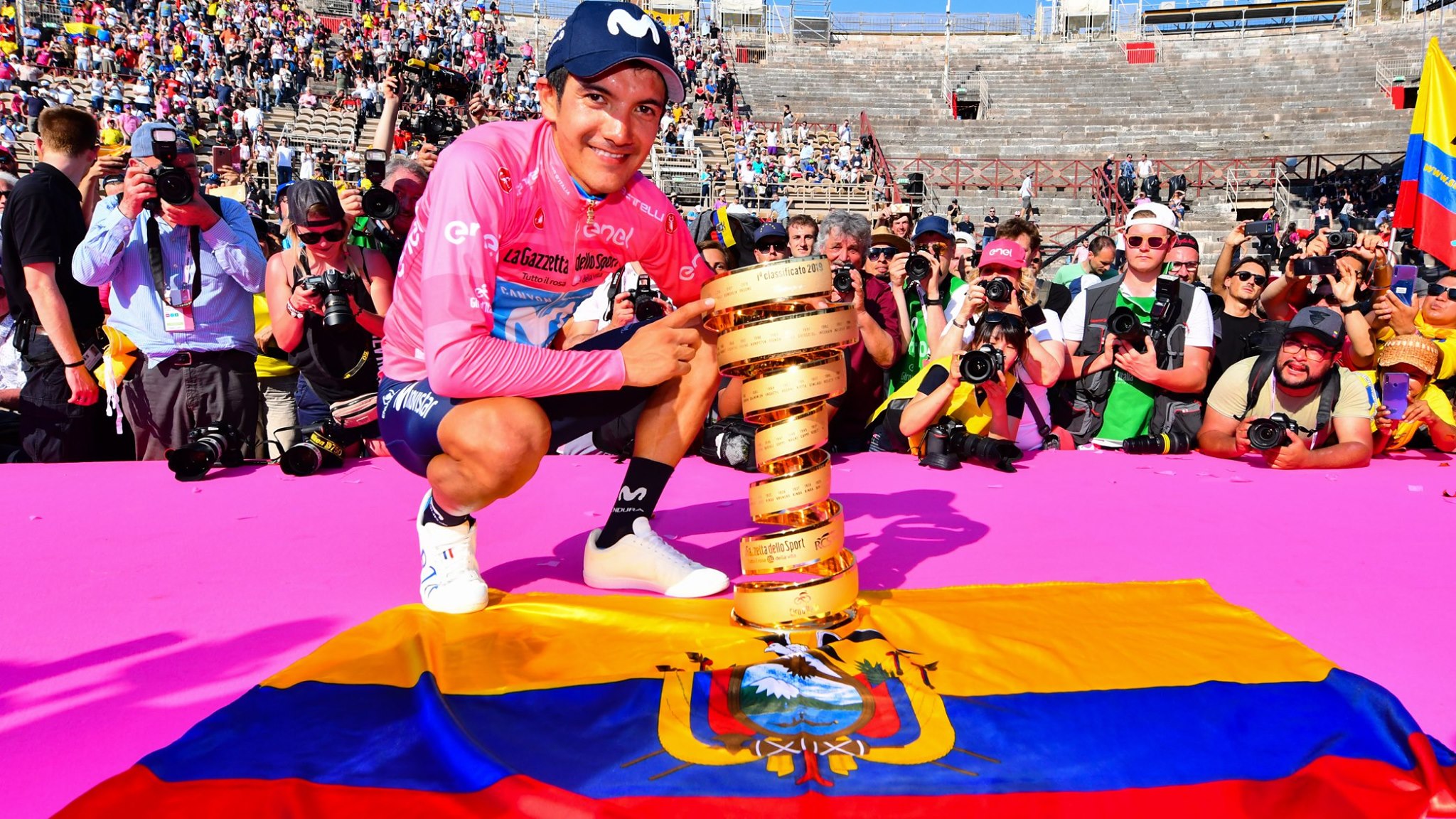