Now one of the most prestigious names in cycling De Rosa bikes was initially only a small one-man operation. The company was founded in 1953 by Italian bicycle builder Ugo De Rosa. De Rosa started out as a passionate cyclist with a love for racing and innovation. Soon Ugo began to study engineering with the goal of building his own bikes. 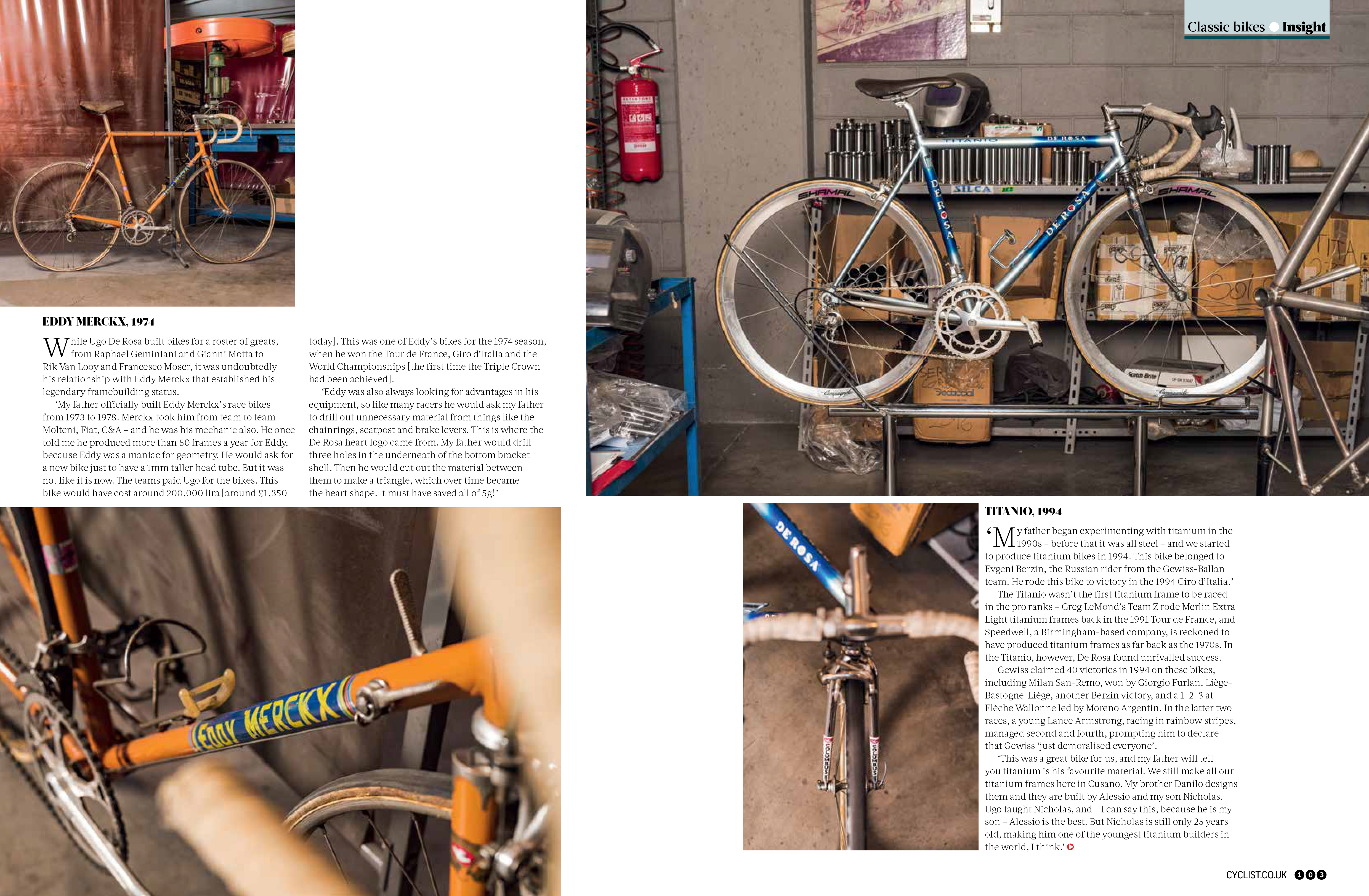 Before long the Italian frame builder had built up a name for himself and was approached by legendary Italian champion Raphaël Géminiani to build him a bike for the upcoming 1958 Giro d’Italia. Following this initial exposure, De Rosa bikes soon became a familiar sight in the pro-peloton throughout the 1950’s and 60’s. By 1967 pro teams Faema, Tbac and Max Majer all used De Rosa’s frames.

In 1969 Ugo De Rosa was approached by Gianni Motta to be the chief frame builder and mechanic for his team. It was during the ‘69 season that one of the greatest riders of all time – Eddy Merckx – was establishing his dominance on the sport. De Rosa began making some frames for Merckx and by 1973 Merckx’s legendary Molteni team were kitted out with De Rosa bikes. Merckx and De Rosa’s partnership saw huge success winning the Tour de France, Giro d’Italia, Milan San Remo, World Championships, Paris Roubaix, Tour of Flanders, Liege – Bastogne – Liege as well as numerous other races. When Merckx eventually retired and started his own bike company Ugo worked as an advisor. 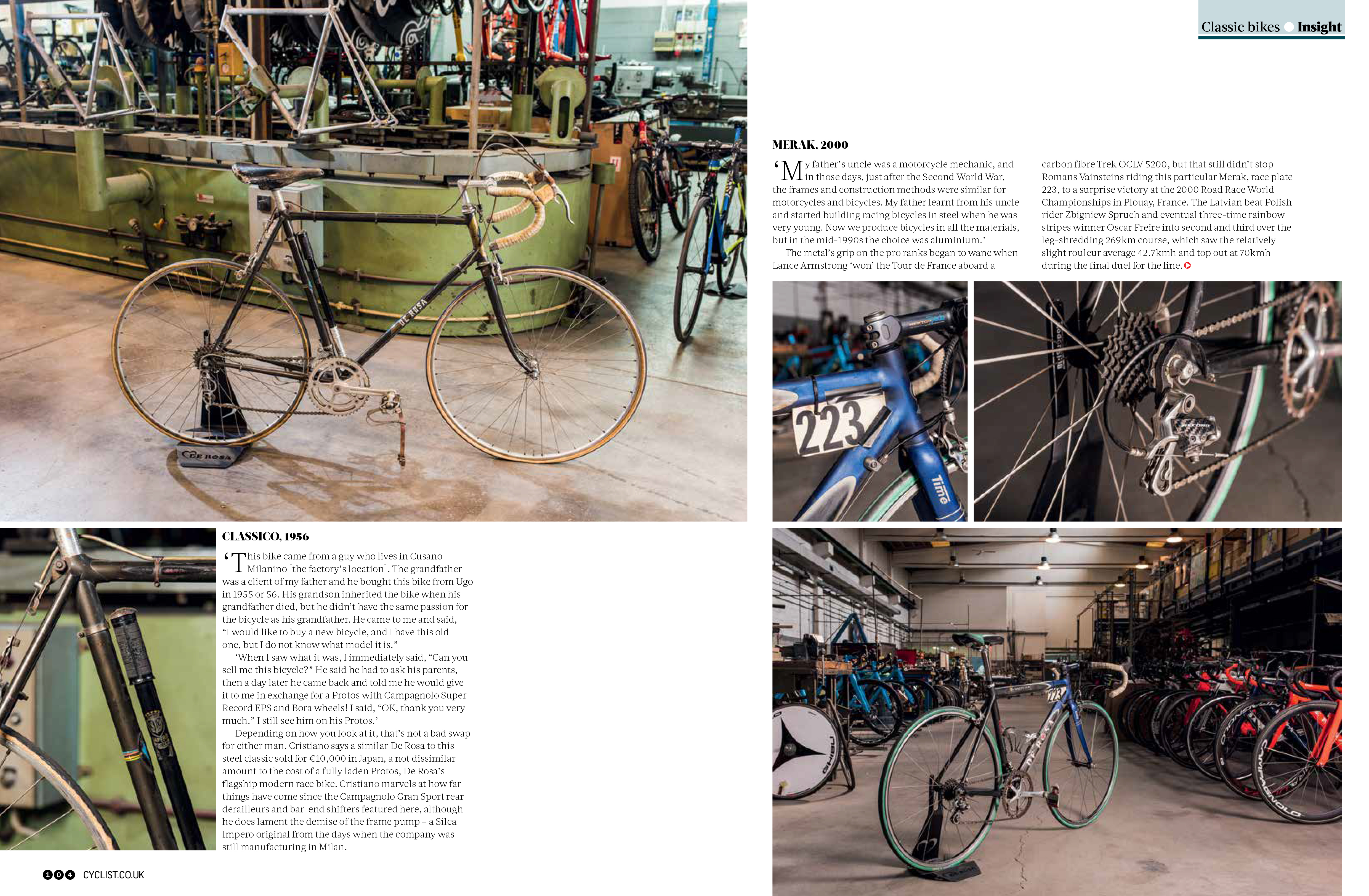 Over the next few years De Rosa bikes would be used by several big-name riders including Francesco Moser, Moreno Argentin and Giovanbattista Baronchelli.

Throughout the 1980’s De Rosa bikes would see a huge increase in demand overseas including in the USA and Japan. Soon Ugo’s company would outgrow their small workshop - attached to the side of the Italians house - and would move to Milan, where the business can still be found today. 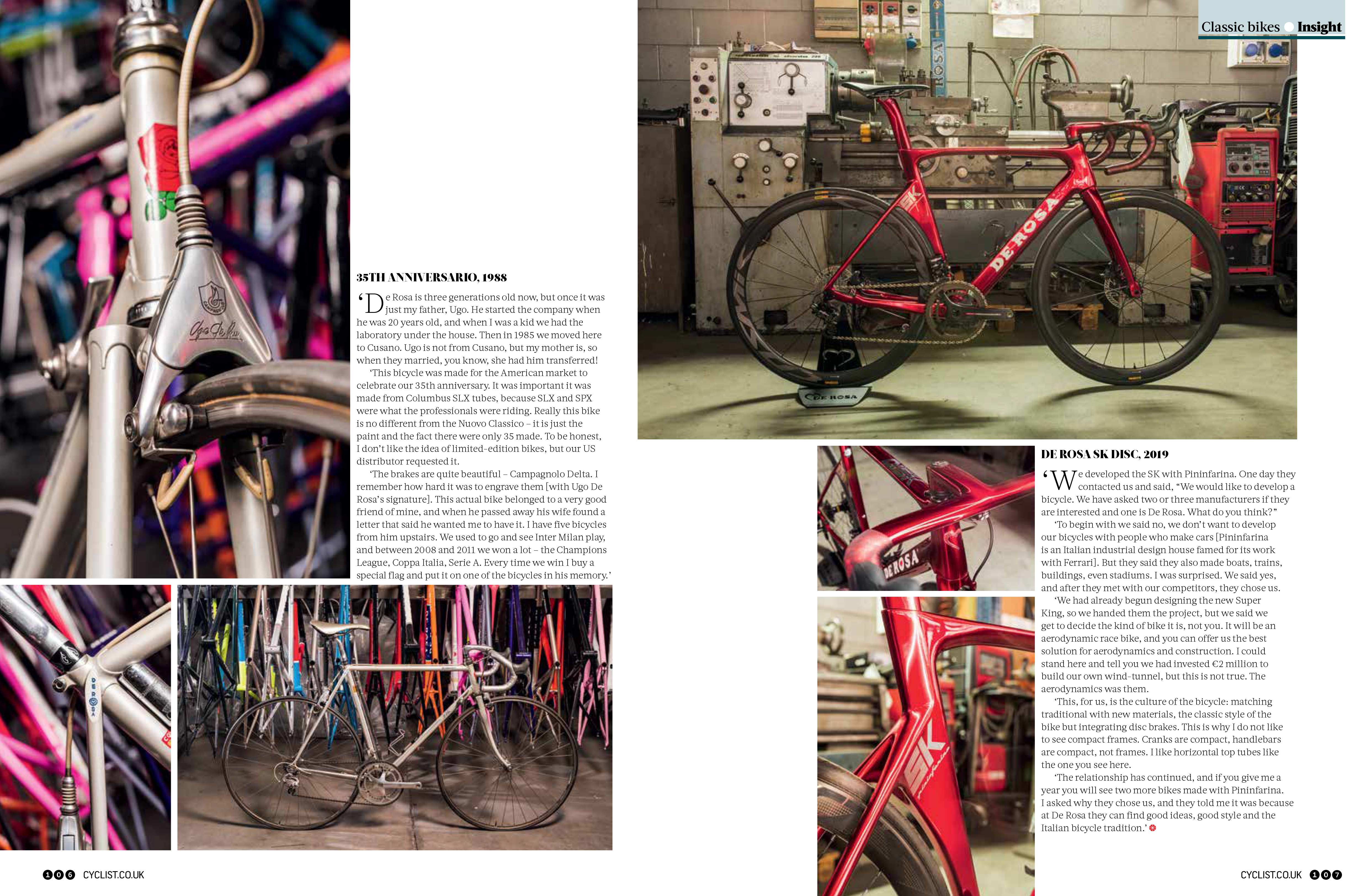 These days De Rosa bikes are as popular as ever all over the world. With the flagship SK and Protos models featuring in many of the top-level professional races, Ugo De Rosa’s company is showing no signs of slowing down.