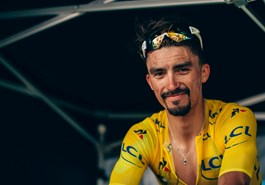 Tour de France Rest Day Round Up For the cycling world July is a month dominated by the Tour de France. It's the biggest race in the world and so far this year its been the story of two teams.

Both Jumbo Visma and Deceuninck Quickstep have already left their mark on the 2019 edition of the Tour de France. Between them they have amassed six stage wins and have held the yellow jersey for eight of the opening ten stages. 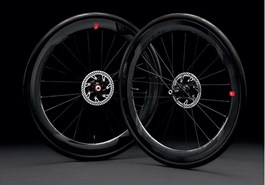 New Fulcrum Wind 40 & 55 Wheels Once again Fulcrum have expanded the every growing range of high-performance Italian wheels with the addition of three exciting new disc-specific wheelsets.

With an ever growing market for carbon disc brake wheels Fulcrum have once again raised the bar with a brand new "package" of superior technical solutions, aerodynamic details and quality materials that can be appreciated by all. 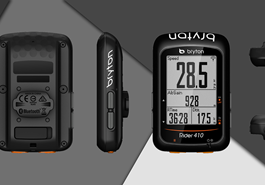 The Bryton team aim to design comuters that not only perform well but also make data accessible and easy to use no matter the ability of the rider. Bryton Computers are all about bringing the love of sports, fun and friends into normal everyday fitness/exercise activities. 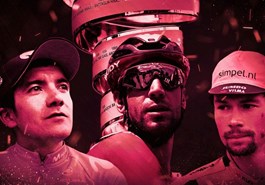 High Flying Carapaz Wins the Giro The 2019 Giro has come to a conclusion and has seen an unexpected winner. Once again the Giro d'Italia has taught us to expect the unexpected.

He may not have started the 2019 Giro d'Italia as one of the favorites but Richard Carapaz is a deserved winner of the race. Having barely put a foot wrong he heroically defended his lead from all the attacks that his rivals could throw at him. 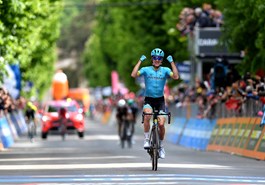 Giro d'Italia Week One Round-Up It’s the first rest day of the 2019 Giro d’Italia, so it’s the perfect chance to take a look at all the action that has unfolded over the last ten days.

With the first ten days out the way the second week will see the GC riders battle it out for the Maglia Rosa. Primož Roglič still has a commanding lead over his rivals but they will no doubt be ready to challenge him in the high mountains to come. 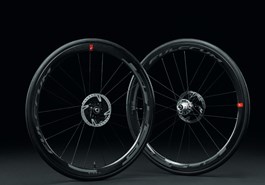 New Fulcrum Speed 40 DB While the entire range of Fulcrum wheels can boast adding performance to any bike, the new Speed 40 DB wheels provide the highest level of performance suitable even for pro bikes.

The Speed wheels, since their inception, have been developed using the very best performance technology that Fulcrum engineers have at their disposal, meeting the needs of even the most demanding professional riders. 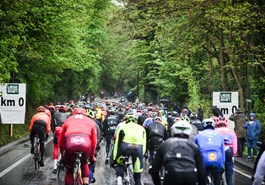 With the classics season drawing to a close it has been a tale of two teams, Deceuninck Quickstep and Astana Pro Team. Jakob Fuglsang and Julian Alaphilippe have been two of the stand out so far this season and true to form, they once again ignited the racing last week. 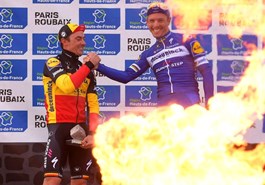 Philippe Gilbert is one step closer to completing his collection of monuments. Now only Milan Sanremo stands between him and becoming one of the sports all-time greatest classics riders. A feat only Eddy Merckx, Roger De Vlaeminck and Rik Van Looy have managed. 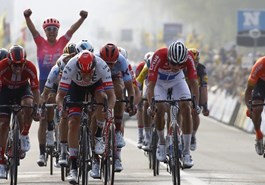 Kristoff Finds His Form It's one of the biggest races of the year that never fails to disappoint. The 103rd edition of the Ronde van Vlaanderen was anyone's race but in the end it came down to a well timed and brave attack.

With his recent win at Gent-Wevelgem Alexander Kristoff looked to be hitting form at just the right moment. The Norwegian put in an excellent effort to produce one of his best performances in the last few years. 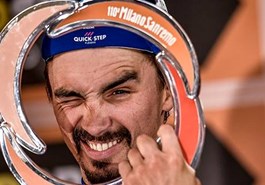 Starting the race as an overwhelming favourite is never easy, especially in a rac as unpredictable as Milan Sanremo. However Julian Alaphilippe took the pressure in his stride as he stormed to an impressive victory. 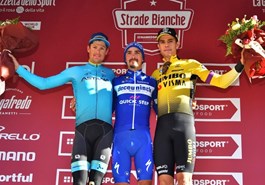 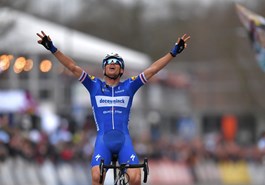 Success for Quickstep on 'Opening Weekend' As the racing kicks off in Europe, it was once again Deceuninck Quickstep who came out on top!

With three wins from three races Deceuninck Quickstep are once again showing that they are up to the task of dominating the early season classics, and with the first monument of the season fast approaching the Belgian team are demonstrating that they are indeed a team to watch out for.